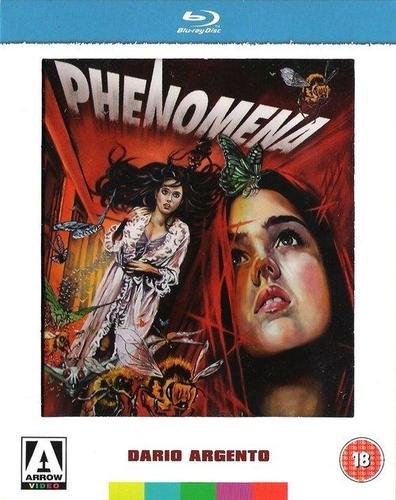 Phenomena to Blu-ray some time in 2013.  The cult film is directed by Italian director Dario Argento and stars Academy Award winner Jennifer Connelly, Donald Pleasence, Fiore Argento, and Daria Nicolodi. An exact release date has not been announced as yet.

In the film, Jennifer Corvino (Connelly) is the new girl at school, taunted by her classmates and unnerved both by her stern headmistress and the fact that a series of murders has recently taken place.  However, when Jennifer discovers that she has special powers, the local professor (Pleasence) helps her use them to discover the identity of the killer.

Phenomena was released in the United States in August of 1985 after being released in Italy earlier that year.  Exact technical specs and supplemental features to be included with this upcoming release are yet to be officially detailed.

Disclaimer: Affiliate links are contained in this post. This means when you click a link, and purchase an item, Movie House Memories will receive an affiliate commission. Advertisers and Affiliate Partnerships do not influence our content. See our Terms of Use about the inclusion of affiliate links on this site for more information.
February 4, 2013
332 1 minute read
Show More
Subscribe
Login
0 Comments
Inline Feedbacks
View all comments
Most Recent Posts
Facebook Twitter LinkedIn Tumblr Pinterest Reddit
Back to top button
Close
wpDiscuz
0
0
Would love your thoughts, please comment.x
()
x
| Reply
Close