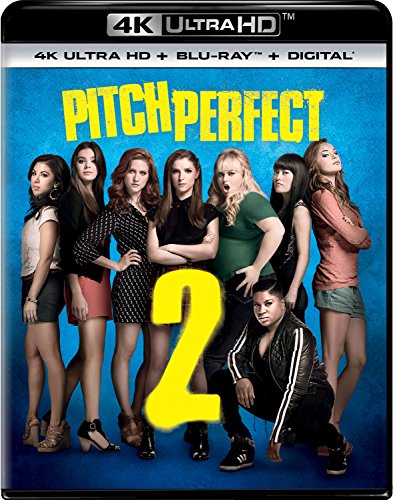 Universal Pictures Home Entertainment has announced that they are bringing the hit film Pitch Perfect 2, a sequel to their 2012 hit musical Pitch Perfect, to Blu-ray this September.  The film stars Anna Kendrick, Rebel Wilson, Hailee Steinfeld, Elizabeth Banks, Brittany Snow, Adam DeVine, Anna Camp, Alexis Knapp, and Katey Sagal. Pitch Perfect 2 is directed by Elizabeth Banks and is based on the screenplay by Kay Cannon and the characters created by Mickey Rapkin. Pitch Perfect 2 will be available for purchase online and in stores beginning on September 22nd.

In Pitch Perfect 2, the collegiate a cappella group called the Barden Bellas enter into an international competition that no American team has ever won before.

Here is the theatrical trailer for Pitch Perfect 2, courtesy of MOVIECLIPS Trailers.

Disclaimer: Affiliate links are contained in this post. This means when you click a link, and purchase an item, Movie House Memories will receive an affiliate commission. Advertisers and Affiliate Partnerships do not influence our content. See our Terms of Use about the inclusion of affiliate links on this site for more information.
July 21, 2015
1 minute read
Show More
Back to top button
Close
Close