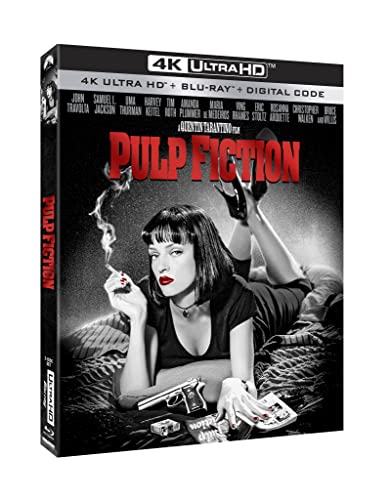 Two hit men, Jules Winnfield and Vincent Vega work as hit men for crime boss Marcellus Wallace. Wallace wants Butch Collidge’s ass on a platter after he refused to throw a fight after taking Wallace’s bribe money. Butch plans to flee the city, but can’t leave his father’s watch behind. Meanwhile Vincent finds himself up shit creek when Wallace has him babysit his wife Mia, and she ODs on cocaine. Along the way, there’s a robbery, a Royale with Cheese, and lots of murder. Some people redeem themselves, and some don’t. “C’est la vie,” say the old folks, it goes to show you never can tell!