Several years have passed since the events of Wreck-It Ralph. Ralph and Vanellope have remained friends and spend all their free time after work playing in the other games in Litwak’s Arcade. However, when Vanellope’s game, Sugar Rush, is accidentally broken, Ralph and Vanellope must enter the world of the Internet to find a replacement part. Overcome with a world of possibilities and alternative options, Ralph and Vanellope find their friendship tested as each of them has a different opinion as to what their future means. 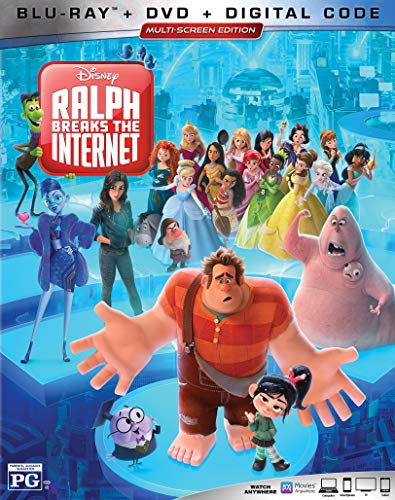 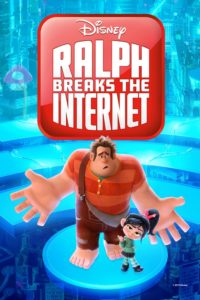 Several years have passed since the events of Wreck-It Ralph. Ralph (John C. Reilly) and Vanellope (Sarah Silverman) have remained friends and spend all their free time after work playing in the other games in Litwak’s Arcade. Vanellope is unsatisfied with the repetitive nature of her existence in Sugar Rush while Ralph believes their lives are perfect. Ralph attempts to lift his friend’s spirits by changing Vanellope’s game and creating a secret roadway for her to race on. When Vanellope turns onto Ralph’s new track, she begins fighting with the human person controlling the steering wheel of the game. As a result, the arcade game’s steering wheel is broken. Mr. Litwak (Ed O’Neill) looks on eBay for a new steering wheel since the company that made Sugar Rush no longer exists. Unfortunately, the price is too high for the steering wheel, so Litwak decides to shut down Sugar Rush and unplugs the game. This leaves the population of Sugar Rush with no where to go.

The game world in the Surge Protector finds temporary homes for all the Sugar Rush citizens, with Fix-It Felix (Jack McBryer) and Sergeant Calhoun (Jane Lynch) taking in most of them, including Taffyta Muffonfudge (Melissa Villaseñor). Ralph and Vanellope remember the item was available on eBay and use the recently connected Wi-Fi router to access the Internet. Once in the Internet, they discover a sprawling city where information about everything is available.

Devasted, Ralph and Vanellope run into a clickbait salesman J.P. Spamley (Bill Hader) outside eBay who offers them a lucrative offer to steal a car from Shank (Gal Gadot), the tough lead character of the racing centered battle royale game Slaughter Race. Ralph and Vanellope are successful in stealing the car, but Shank and her gang stop them before they can leave the game with it. Shank is forgiving and impressed with Vanellope’s driving. Shank tells Ralph and Vanellope that there are better ways than stealing to make money on the Internet. Shank proceeds to make a viral video of Ralph and uploads it to a video-sharing site named BuzzzTube. Shank suggests that the two contact the head of BuzzzTube, Yesss (Taraji P. Henson), about making some money off the video.

Once at BuzzzTube, Yesss is extremely happy with Ralph’s video and suggests that they make additional videos in order to make the $27,001.00 that they need for the steering wheel. Vanellope offers to advertise the videos and travels to the Disney website to hand out pop-ups. Once there, she encounters several characters from the Disney universe including Groot (Vin Diesel), C-3PO (Anthony Daniels), and Eeyore (Brad Garrett). A cadre of Stormtroopers tries to stop her from advertising on the site and chases her into a room with all the Disney Princesses. The Princesses befriend Vanellope and encourage her to do what she wants to do. Vanellope travels back to the Slaughter Race game to meet with Shank.

At the same time, Ralph makes enough money from his BuzzzTube videos to pay for the steering wheel. He tries to contact Vanellope and is surprised to find her talking to Shank and expressing how she wants to stay in Slaughter Race. Ralph is upset and fearful that he will lose his best friend forever. Ralph asks Spamley if there is anyone who can help him convince Vanellope to leave with him. Spamley takes Ralph to meet a dark web vendor named Double Dan (Alfred Molina) who provides Ralph with a virus. The virus, Arthur (John DiMaggio), feeds off insecurities and replicates them.

Ralph unleashes Arthur into Slaughter Race, but it replicates Vanellope’s glitch and triggers a server reboot in the game. Since Vanellope is not part of the game, the reboot will delete her so Ralph has to get her out of the game. Unbeknownst to Ralph, a portion of Arthur gets out of the Slaughter Race game. Vanellope blames herself for the reboot, but Ralph confesses his involvement and reasons for doing so. Vanellope is outraged at Ralph and throws away his hero cookie medal and runs off.

A devasted Ralph seeks out the medal and wallows in his guilt and loss. The escaped portion of Arthur copies Ralph’s insecurities and begins to duplicate Ralph. The clones overrun the internet and chase after Vanellope to keep her for themselves. Ralph saves her at the KnowsMore stand and then comes up with a plan to lure the Ralph clones into a firewall. However, the clones form a giant Ralph monster that grabs them both. Ralph comes to accept that Vanellope can make her own choices and let’s go of his insecurities. This causes the giant Ralph monster and the individual clones to disappear. As Ralph plummets towards the ground, the Disney Princesses work as a team to save the big, strong, helpless, man.

Once on the ground, Ralph and Vanellope forgive each other and become friends again. Ralph gives half of the broken medal to Vanellope, and the two old friends say goodbye to each other. Shank informs Vanellope that she has arranged for her to respawn in the Slaughter Race game. Back at the arcade, the steering wheel arrives at Litwak’s Arcade and Sugar Rush is repaired. Ralph hangs out with his friends in the game world and keeps in touch with Vanellope over video chat.

In a mid-credits scene, a small child plays a pancake/milkshake game over the Internet while she rides in a car with her mother. The game is interrupted by Ralph and Vanellope. Ralph overfeeds the bunny in the game with pancakes until the bunny ultimately explodes off screen.