When the daughter of one of his friends is kidnapped, Rambo, who has been working on a ranch, crosses the U.S.-Mexican border and quickly finds himself up against the full might of one of Mexico’s most violent cartels. 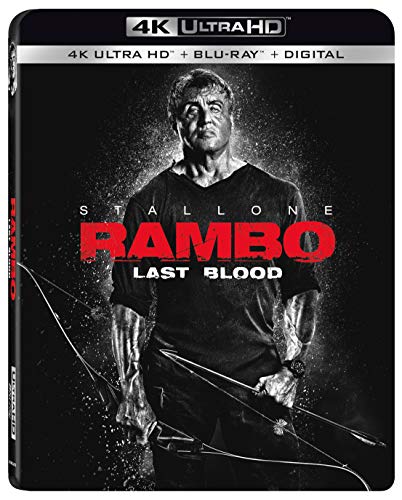 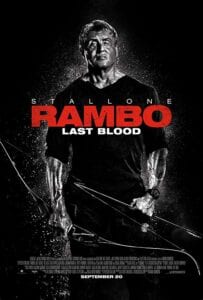 John Rambo is back, and this time he has returned to the United States. It has been over a decade since Rambo’s last adventure in Burma, and he has settled in his home state of Arizona. Rambo now spends his days working on his deceased father’s horse ranch, training horses and digging tunnels under the property. He lives there with his friend Maria and her teenage granddaughter, Gabriela, who refers to Rambo as “Uncle John.” Gabriela’s mother died several years before from cancer, and her father left to live a new life in Mexico rather than stay and raise Gabriela.

Rambo has found a relative peace, although he is still traumatized by all the violence he has experienced in his life, and the demons that are never far away. He helps to raise Gabriela as if she was his own daughter. And although she treats Rambo as her surrogate father, Gabriela still has a longing for her biological father, Miguel, and wishes to know why he abandoned her when she was young.

Gabriela is contacted by Gizelle, an old friend from Arizona who now lives in Mexico. Gizelle tells Gabriela that she has seen Gabriela’s father in Mexico. Seeking either a reunion or closure, Gabriela tells Rambo and her grandmother that she wants to go to Mexico to see her dad and ask why he left. Her grandmother forbids Gabriela to go to Mexico or to ever speak with her father again. Rambo calmly tries to convey to Gabriela that she is too young to understand the darkness in the world and that her father was an evil man. Rambo tries to explain to her that she should wait until she is older so that she would be more emotionally ready to process the answers that she is seeking.

Gabriela reluctantly agrees not to go to Mexico, but then changes her mind the next day and heads for the border.
Once in Mexico, Gabriela meets her old friend Gizelle, who appears to be into some shady dealings. Gizelle takes Gabriela to her father at a rundown apartment. Once she sees her father, Gabriela asks her father the question that has been on her mind for years. Her father tells her that he never cared for Gabriela or her mother, and that he never ever wanted her as a daughter. Understandably, Gabriela is heartbroken, and Gizelle takes her old friend to a local club in veiled attempt to cheer her up. While at the club, Gabriela is drugged and kidnapped by human traffickers working for a Mexican cartel.

Back in Arizona, Maria and Rambo discover that Gabriela is in Mexico after she fails to return home. Rambo gets into his truck with his knife and gun and heads south. Once in Mexico, he finds Gizelle and shakes her down for information by threatening to kill her. Gizelle reluctantly agrees to help Rambo and takes him to the club and points out the man that Gabriela left the club with. Rambo attacks the man in the parking lot, stabs him in the leg, and breaks his collar bone. Rambo coerces the man to show him where he took Gabriela to. Unbeknownst to Rambo, he is observed and followed by Carmen Delgado, an independent journalist whose sister was kidnapped, drugged, and ultimately killed by the same cartel.

The man takes Rambo to cartel “headquarters” where Rambo attempts to approach the building to find Gabriela. He is met by an army of heavily armed cartel members who proceed to take his knife, his gun, his driver’s license, and his picture of Gabriela. One of the leaders, Victor, recognizes Gabriela in the picture. Victor tells Rambo that because he came looking for her, she will be punished. He then has his men beat Rambo and Victor “marks” Rambo by cutting a “V” into his face with Rambo’s knife. Rambo is left unconscious and bleeding on the street, where he is rescued by Carmen and taken back to her house.

Once there, Carmen has Rambo’s injuries treated by a doctor. A short time later at the cartel’s brothel, Victor marks Gabriela’s face in the same manner, and begins injecting her with drugs.

Rambo awakes four days later in Carmen’s house. She identifies herself and her backstory to him and tells him why she helped him. Rambo leaves Carmen’s house and raids one of the cartel’s brothels in the hope of finding Gabriela. He chooses wisely and proceeds to kill several cartel members and all the “Johns” in the brothel. He finds a barely conscious Gabriela with dozens of needle tracks on her arm. He takes the young girl back to his truck and returns to Arizona.

In the ride back home, Gabriela apologizes to Rambo for not listening to him and her grandmother. Rambo tells her she doesn’t need to apologize, and then proceeds to thank her for giving him hope for the last ten years. In the middle of Rambo’s speech, Gabriela dies from the drug overdose. Rambo takes her back the ranch and buries her body with the other family members. Rambo then tells Maria to go stay at her sister’s. Rambo then montages in a series of scenes as he prepares various “booby traps” around the ranch and in the tunnels. Rambo then heads back to Mexico and kills several cartel members, including Victor whom he decapitates. Victor’s brother Hugo looks for revenge against Rambo and takes what appears to be the entirety of the cartel to Rambo’s ranch in Arizona, since they still have Rambo’s driver’s license from earlier in the film.

Once there, the ranch becomes a killing field, as Rambo systematically takes out the dozens of cartel men using the “bobby traps” and weapons on the ranch and in the tunnels. Ultimately, it comes down to just Hugo and Rambo. Rambo is bleeding and hurt after being shot twice. However, he gets the better of Hugo with his trusty bow and arrow by pinning the cartel leader to the barn door. Rambo then illustrates to Hugo what it feels like to lose someone you love by cutting Hugo’s still beating heart out of his body and showing it to the cartel leader. Not surprisingly, Hugo dies. Rambo goes and sits on the porch of the house and narrates a vow to continue fighting on for the ones he has loved.

During the credits, scenes from all five Rambo films are shown culminating in a scene from the ranch showing Rambo riding on horseback into the Arizona mountains to continue his fight.