After the events of the first film, the Umbrella Corporation reopens the Hive and accidentally unleashes the T-Virus on Raccoon City. Now, the city is overrun with zombies, Lickers, and Umbrella security personnel. One of Umbrella’s scientists, Dr. Ashford, is safely evacuated but his young daughter remains trapped in the quarantined city. Ashford recruits several people also trapped in the city, including Alice, to save his daughter in exchange for safe passage outside the quarantine zone. However, the dangers are aplenty when Umbrella decides to test their new weapon, Nemesis, on the unsuspecting Alice. 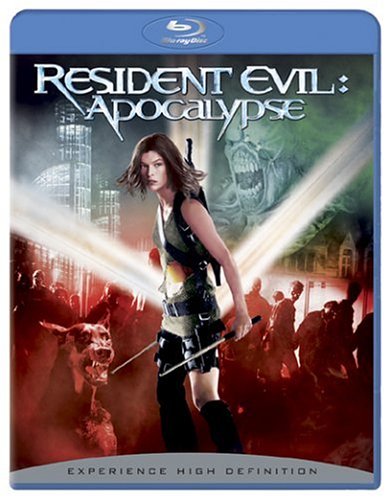 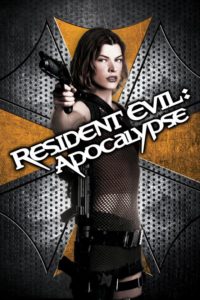 The film picks up immediately after the ending of Resident Evil. Former Umbrella Corporation security operative Alice (Milla Jovovich) escapes from a hospital where she has been experimented on by her former employee. Once she is free, she finds the streets of Racoon City deserted and in shambles. Umbrella reopened the Hive, the secret underground science facility that the T-virus was unleashed in, after it had been automatically sealed at the end of the last film. Infected personnel overran the Umbrella employees and caused a massive outbreak throughout the city that Umbrella is struggling to contain. Umbrella quarantines the city and begins evacuating vital personnel from it.

Umbrella researcher Dr. Charles Ashford (Jared Harris) is successfully evacuated but his young daughter Angela (Sophie Vavasseur) is involved in a car accident and becomes trapped in the city. Dr. Ashford asks to go back in and save his daughter, but the head of the Umbrella operation, Major Timothy Cain (Thomas Kretschmann), denies the request. Dr. Ashford hacks into the Umbrella satellites and locates his daughter hiding at her school. He also begins looking for someone still within Raccoon City to get his daughter out of the overrun city.

Meanwhile, disgraced Raccoon City Police Department detective Jill Valentine (Sienna Guillory) returns to her former station to tell her fellow officers to evacuate Raccoon City. She goes to the only bridge out of the city and meets with her former partner, Sgt. Payton Wells (Razaaq Adoti), who is amongst thousands of people trying to get out of the quarantine. One of the nearby civilians turns into a zombie, biting and infecting Wells. With the knowledge that the virus has reached the gate, Major Cain closes the gate and forces the residents at gunpoint to return to the city.

Also at the same time, Umbrella soldiers Carlos Olivera (Oded Fehr) and Nicholai Ginovaef (Zack Ward) team up with the surviving police operatives to repel zombie attacks on the civilians on the ground. Their position is overrun, and Olivera is bitten and infected. Nearby, Valentine, Wells, and news reporter Terri Morales (Sandrine Holt) are attacked by a group of Lickers in a church. Alice crashes through the plate glass mural on a motorcycle and begins killing the Lickers. She joins with the trio as they begin looking for an alternative way out of the city. As they pass a series of pay phones, they each begin ringing. Alice answers one of the phones and finds Dr. Ashford on the other end. The doctor offers to get Alice and her group out of the quarantine zone if they can save his daughter. Alice reluctantly agrees.

Also at the same time, Major Cain dispatches a heavily mutated experimental super soldier named Nemesis (Matthew G. Taylor). Nemesis kills many of the remaining police officers in the city before he sets out on a search for Alice. Nemesis catches up with Alice’s group while they are on their way to Angela’s location. Wells is killed by Nemesis. Alice takes on Nemesis by herself, hoping to lead him away from the others. Alice is wounded in the battle but manages to escape. At the same time, Valentine is forced to kill a zombified Wells before getting into a car and driving towards Angela’s school. Along the way, the stop and pick up a stranded civilian Lloyd Jefferson “L.J.” Wade (Mike Epps) who joins them for the ride.

Valentine’s group makes it to the school, and they begin a search. They encounter Olivera and Ginovaef who have also been recruited by Dr. Ashford to save Angela. Olivera explains that Umbrella intends to rid Raccoon City of the zombie infection by destroying it using a nuclear bomb. The group are attacked by some more zombified dogs. Morales and Ginovaef are killed, but the timely return of Alice saves the rest of the group when she blows up the remaining dogs. Angela reveals that her father inadvertently created the T-virus to combat a genetic disease which she suffers from. She explains that she must regularly inject herself with the virus and the anti-virus to survive. Alice uses some of the anti-virus to cure Olivera from his bite.

Alice contacts Dr. Ashford who directs Alice’s group to the location of an extraction point where a helicopter awaits them. They make it there, but they are ambushed by Umbrella forces, including Major Cain. Cain orders Alice to fight Nemesis. He reveals that she has been augmented by the T-virus and evolved into something new. When Alice refuses, Major Cain shoots and kills Dr. Ashford. He then threatens to shoot the rest of Alice’s group unless she does what he orders. She and Nemesis battle, that battle goes back and forth, but eventually Alice gets the upper hand over Nemesis. But before she delivers the death blow, Alice realizes that Nemesis is her friend Matt Addison from the first film, mutated by Umbrella’s experiments. Alice stops her attack and refuses to kill Matt.

Major Cain expresses his disappointment in Alice and orders Nemesis to kill her. Nemesis regains some of his humanity and turns on Major Cain. He shoots and kills the Umbrella troops. Unfortunately, Nemesis is killed by Umbrella forces protecting Alice. The rest of Alice’s crew seize the helicopter and begin to take off. Alice throws Major Cain off the helicopter, and he is killed by zombies. As the survivors’ helicopter flies away, the nuclear bomb detonates over Racoon City. The concussive wave knocks the helicopter from the sky, causing it to crash in the forest outside the city. Alice sacrifices herself to save Angela during the crash and is impaled on a metal pole. Her body is recovered by Umbrella scientists some time later.

In the following days, the new media attributes the nuclear attack to a meltdown of Raccoon City’s nuclear power plant. The media also discredits Morales’ video which was leaked by Valentine and Olivera, who are now sought by the authorities. Alice awakens in a tank at an Umbrella research facility healed from all her injuries. She encounters the lead scientist, Dr. Alexander Isaacs (Iain Glen), who questions Alice as to whether she remembers anything. Alice tells the doctor that she remembers everything before overtaking all the Umbrella staff. During her escape, Alice uses some telepathic powers. Once outside the facility, Olivera, Valentine, and L.J. timely arrive and impersonate Umbrella security officers who pretend to have orders to transport Alice. As they all escape, Dr. Isaacs reveals that Alice’s escape was all part of Umbrella’s ultimate plan for her.