Picking up immediately after the events in Resident Evil: Retribution, Alice (Milla Jovovich) is the only survivor of what was meant to be humanity’s final stand against the undead. Now, she must return to where the nightmare began – The Hive in Raccoon City, where the Umbrella Corporation is gathering its forces for a final strike against the only remaining survivors of the apocalypse. (Courtesy of Screen Gems/Constantin) 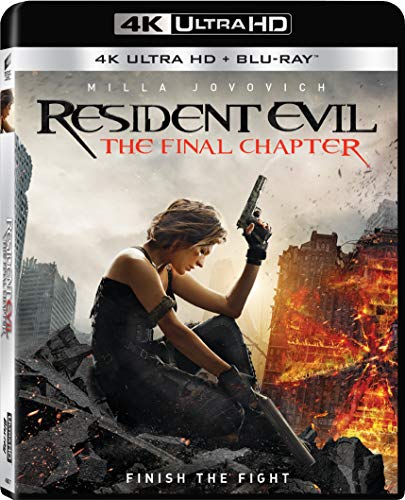 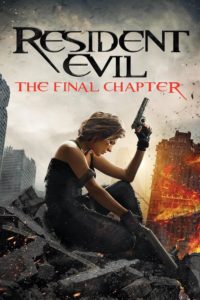 The film opens with Alice (Milla Jovovich) explaining the origin of the T-virus. Dr. James Marcus (Mark Simpson), one of the founders of the Umbrella Corporation, had a daughter named Alicia (Ever Anderson), who was dying of progeria. Desperate to save his daughter, Dr. Marcus used the T-virus on her and several others with the disease. Alicia survived the procedure, but another child treated with the virus died and reanimated as a zombie. Devastated, Dr. Marcus tried to have the program shut down, but his business partner, Dr. Alexander Isaacs (Iain Glen), had Marcus killed by Albert Wesker (Shawn Roberts). In the aftermath, Dr. Isaacs adopted Alicia and took over Umbrella.

After the events in Washington D.C. in the last film, Alice awakens after she is once again betrayed by Wesker. The Red Queen appears (Ever Anderson) and informs Alice that she has 48 hours to infiltrate the Hive and recover an airborne anti-virus that will kill every organism infected with the T-virus. If Alice fails, the last few remaining humans on Earth will be wiped out. Alice begins the 400-mile journey to Raccoon City, where her cinematic journey began.

While traveling to Raccoon City, Alice is captured by a suddenly alive Dr. Isaacs. This Dr. Isaacs informs Alice that the “Isaacs” she previously killed in Resident Evil: Extinction was a clone. Dr. Isaacs is also traveling to Raccoon City and is leading a horde of zombies towards the decimated metropolis. Alice escapes Dr. Isaacs’ custody and once again journeys to Raccoon City. Once there, she is ambushed by a group of survivors: Doc (Eoin Macken), Abigail (Ruby Rose), Christian (William Levy), Cobalt (Rola), Razor (Fraser James), and Alice’s former compatriot Claire Redfield (Ali Larter) who survived the attack on Arcadia in the last film.

Alice warns them of the approaching danger and the urgency of breaking back into the Hive. Claire expresses her concern for Alice, realizing that if Alice is successful, the anti-virus will kill Alice and her infected T-virus body. As Dr. Isaacs’ convoy approaches, Alice and the survivors attack. They are successful in defeating Isaacs, freeing his human captives, and burning the zombie horde, although Cobalt is killed in the attack.

Ah, how touching. The trinity of bitches, united in their hatred. Dr. Alexander Isaacs (Iain Glen)

Alice and the remaining survivors enter the Hive entrance at the bottom of a massive crater left by the nuclear bomb dropped on the city at the end of Resident Evil: Apocalypse. Unbeknownst to Alice, Wesker is in control of the Hive and unleashes a pack of mutated dogs to attack Alice’s group. Christian and a freed captive are killed in the attack. As the group progresses further into the Hive, they encounter additional lethal traps laid out by Wesker. Abigail and Razor are each killed in the traps.

The Red Queen appears again to Alice and explains that her program is in conflict. She informs Alice that she is forbidden from hurting any Umbrella employee, but she is also programmed to value all human life. She shows a video to Alice of Dr. Isaacs explaining his plan to release the T-virus on the world to the company’s executives. Dr. Isaacs explains that the virus will cleanse the world of humanity while the world’s rich and powerful, including Umbrella executives, will be stored in cryogenic capsules in the Hive. Dr. Isaacs’ states that they can rebuild the world after the planet’s population has been greatly reduced. The Red Queen also warns Alice that someone in her group of survivors is working with Umbrella to undermine their mission.

Once inside the Hive, Alice and Doc begin planting bombs throughout the Hive facility using the leftover equipment from One’s (Colin Salmon) commando team in the first film. The real, upgraded Dr. Issacs is awakened from cryo-sleep and confronts Alice. Doc is revealed to be the Umbrella informant. At the same time, Claire is captured by Wesker. A cryogenic capsule opens and releases an elder Alicia (Milla Jovovich). Dr. Isaacs reveals that Alice is actually a clone of Alicia. He also announces his intent to kill both Alice and Alicia and assume sole control of the Umbrella Corporation.

Knowing the Red Queen’s programing, Alicia fires Wesker which allows the Red Queen to crush his legs with a security guard. Doc attempts to shoot Alice but discovers that his gun is empty as Alice had suspected him of being the spy. Claire kills Doc for betraying her and her friends. After giving Wesker a deadman’s switch to the primed bombs, Alice and Claire pursue Dr. Issacs through the Hive facility. Meanwhile, Alicia uploads a copy of her childhood memories to the Red Queen.

Alice, Claire, and Dr. Isaacs fight throughout the facility. Isaacs overpowers Claire, leaving just him and Alice. The two engage each other for the final time in the Laser Corridor. The upgraded Dr. Isaacs easily defeats Alice. However, she momentarily distracts Isaacs long enough for her to activate a grenade in his coat pocket. Dr. Isaacs is injured by the grenade. Alice rushes to the surface with the anti-virus, but Dr. Isaacs reboots and catches her before she can successfully release it. The Isaacs clone from the convoy arrives and is confused by the real Dr. Isaacs’ appearance. The convoy clone kills Dr. Isaacs, but the clone is then attacked and killed by a pack of the undead.

Alice releases the anti-virus, killing all the attacking undead around her. Alice also collapses unconscious. In the Hive, Wesker drops the deadman’s switch, destroying himself, the facility, Alicia, and all the hibernating Umbrella elite. Alice is awoken a few minutes later by Claire. The Red Queen informs Alice that although the anti-virus killed the T-virus cells within her body, the healthy cells continued to survive allowing Alice to live. The Red Queen uploads Alicia’s childhood memories into Alice, granting her a childhood that she never had. In the aftermath, Alice travels to Manhattan. She narrates to the audience that the anti-virus will take years to reach the entirety of the world as it carried only by the winds. Alice explains that until it does, her mission is not finished.