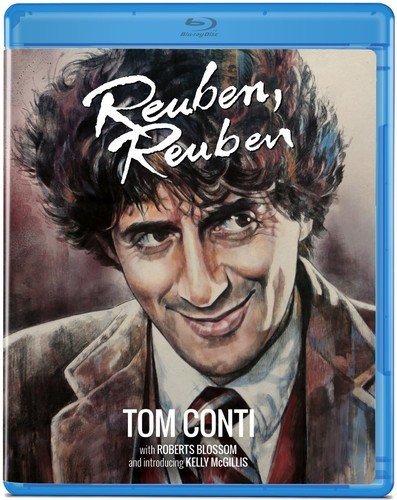 Olive Films has announced that they are adding the romantic comedy Reuben, Reuben to their upcoming slate of Blu-ray releases. The film was directed by Robert Ellis Miller and stars Tom Conti, Kelly McGillis, Roberts Blossom, and Cynthia Harris. Reuben, Reuben will be available in stores and online beginning on May 28th.

The film tells the story of Gowan McGland (Conti), a poet. He drinks and lies. Sleeps with other men’s wives. He hasn’t written a word in years, but every woman he meets falls in love with him. However, his world is turned upside down when he falls in love with a young college student, Geneva Spofford (McGillis). Reuben, Reuben was released in December of 1983 and nominated for two Academy Awards, Best Actor (Conti) and Best Adapted Screenplay (Julius J. Epstein).