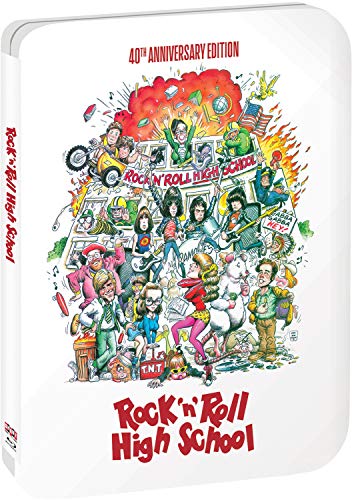 1979: Riff Randell (P.J. Soles, Halloween) is the rockingest rebel at Vince Lombardi High. Evelyn Togar (Mary Woronov, Eating Raoul) is the strict new principal with plans to rule the school like her own personal dictatorship. And The Ramones are the hottest band around. When these forces of nature collide, Lombardi High will never be the same! Striking back against Togar’s record burnings and iron-fisted discipline, Riff leads a revolt that rocks the roof right off the schoo’’s hallowed halls!

With a B-movie pedigree that few films can match, Rock ‘N’ Roll High School is the ultimate teacher of The Three Rs: Rock, Rebellion, and Ramones!