Three years and 10 successful title defenses after beating Apollo Creed, a now wealthy Rocky Balboa considers retirement. However, when complacency causes Balboa to lose his title to Clubber Lang (who inadvertently causes the death of Rocky’s trainer Mickey), Rocky sinks into a deep depression. Apollo, now good friends with Rocky, agrees to train Balboa for a rematch against Lang so he may win the title back. Rocky III picks up, literally, exactly where Rocky II left off. When I say literally, I mean it as the famous final seconds of the epic rematch between Apollo Creed and Balboa are shown. Following this bout against Apollo Creed, Rocky Balboa becomes the heavyweight champion of the world. The guitar riff starts and Rocky III introduces us to what will soon become a Rocky staple – the music video montage.

The montage, played to Survivor’s classic “Eye of the Tiger”, show s the only thing Rocky films know: juxtaposition. Only this time the roles are reversed. We see Rocky living in the lap of luxury, hand- picked opponents resulting in easy knockouts, commercials, endorsements, and even a guest appearance on The Muppet Show.

Meanwhile, Clubber Lang (a name as subtle and clever as Bludgeoner Smith), played by B.A. Barracus, or Ricky Schroeder’s bodyguard for some of you, is working his way up through the ranks of professional boxing. This dude is tough and, above all, mean which makes him the perfect bad guy and antagonist to the affable Balboa. He has a Mohawk and a vicious right hook. He is even allowed to manhandle referees and punch his opponent while they are down.

Next, in a scene that is completely an aside and adds nothing to the story, a “somewhat charity event where all the proceeds are going to charity” (seriously, that is a line in the movie) takes place where Hulk Hogan fights Balboa in a prelude to MMA. Hulk Hogan, who really stands 6 foot 7 inches and 300 pounds, is listed as 7 feet and 390 pounds to make the smallish Stallone not look like his real self of 5 foot 9 inches 170 pounds. It’s still a fun scene and one of the more memorable of the movie.

The drama of the plot thickens though, when Rocky is commemorated by the good people of Philadelphia with the unveiling of a statue of Balboa to celebrate their favorite son. Clubber shows up to piss all over the party and calls Balboa out for ducking him. The last straw is when Clubber crassly hits on Adrian, as no real man would ever stand for that without fighting for her honor and the bout is on.

However, this is the pivotal moment where Mickey initially refuses to be a part of it because he knows Rock can’t win. He reveals to the intellectually hapless Balboa that all ten of his title defenses were hand-picked to protect him. Rocky is stunned and hurt but determined to fight Clubber and charms Mickey into training him.

Back to the juxtaposed music video montage where Rocky is training in a gratuitous media circus while the angry and hungry Clubber is apparently training in a basement.

Just before the fight, Mickey goes down with a heart attack. Rocky, distracted by Mickey being absent and in mortal peril, gets the dog piss beat out of him in the 2nd round and Mickey expires in the locker room, where apparently the paramedics didn’t have access to, while the hamburger faced Balboa sits helplessly nearby.

Rocky is broken physically and emotionally and his pride and reputation are shattered. In comes Apollo Creed to the rescue offering to train him for a rematch against Clubber (however, there is a mysterious quid pro quo that becomes an annoying running joke in the movie about a favor Rocky will owe Apollo when it’s all over).

They travel to Compton, California where Apollo trains Rocky to become the one thing he needs to be in order to beat Clubber – a black fighter. Apollo tries to give Rocky the rhythm, speed, and taste in music of a black man, but, in the most unrealistic part of the movie, a black man tells a white man he needs to swim to prepare and the white man can’t do the one thing a white guy should be able to do better, swim. But, Rocky doesn’t take to the training and in the apex of the movie, admits to Adrian that, like most white guys, Rocky is simply scared to fight the black guy. But she convinces him that if he doesn’t confront his fear, and fight this fight for himself and not for anyone else’s motives, he will not be able to live with himself.

Black guy training resumes along with yet another music video montage of Rocky training. Rocky finds new purpose along with his rhythm and speed. He proves he’s ready for the upcoming fight by beating Apollo in a footrace, the second most unrealistic scene in the movie.

Onto the climax, the big rematch with the beast Clubber Lang. Rocky comes out fighting like a black fighter which temporarily stuns Lang as he was expecting the lumbering white guy he was billed to fight. But Clubber does recover and proceeds again to beat the living shit out of Rocky. However, Rocky isn’t afraid anymore and notices that Lang appears to be tiring as he pummels Rock’s face. In the crucial moment, the fight turns when Rocky discovers he can put his fucking gloves up to blocks Lang’s vicious hooks and jabs and not go unconscious while he waits for Clubber to get exhausted pummeling him. Once Lang is gassed, Balboa takes over and knocks Clubber out to triumphantly recapture his title (spoiler alert, there will be no goddamned rubber match here either.)

The movie ends when Rocky finally gets to see what the favor he owes Apollo is which turns out to be the elusive rubber match between the new BFF’s. Unfortunately, nobody will ever see it as the famous 80’s style freeze frame ending closes it out and the “Eye of the Tiger” theme song brings in the credits. 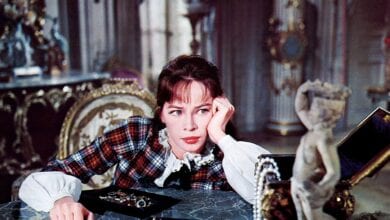 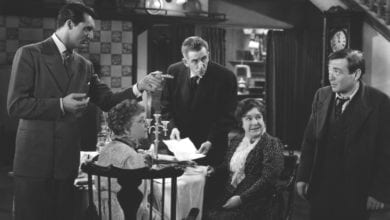 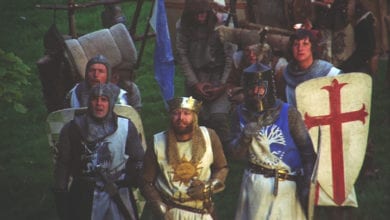 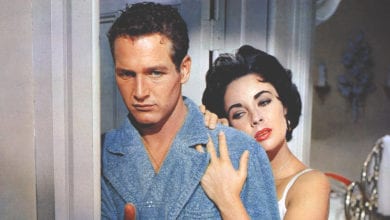