In Run All Night, Jimmy Conlon is an aging Irish-American mob enforcer for the crime kingpin, Shawn Maguire. He’s now a penniless and remorseful alcoholic whose estranged son, Mike, wants nothing to do with him. However, when Mike witnesses Maguire’s son, Danny, murder a man, Mike becomes a mob target. Jimmy steps up to protect his son and his family. That leads to every mobster and cop in the city on a hunt for the father and son; and then the night turns into one blood-drenched chase. 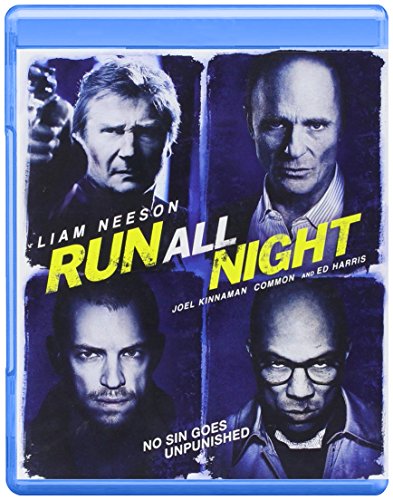 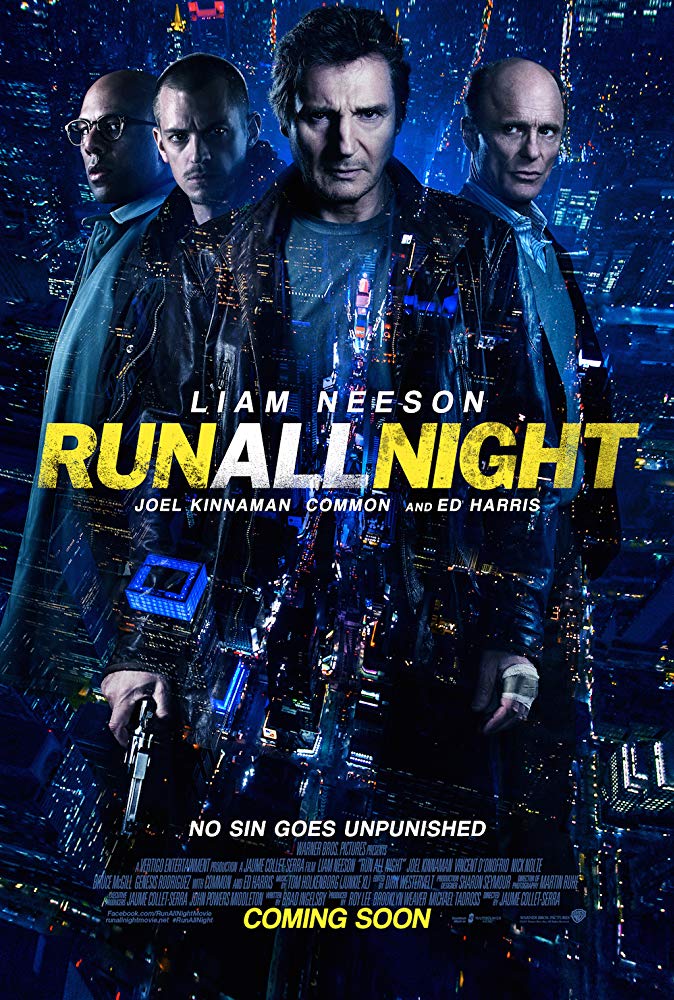 In Run All Night, Jimmy “The Gravedigger” Conlon (Liam Neeson) is a former Irish mob enforcer who has killed dozens of people over the decades. He is a shadow of his former glory and has become an alcoholic who is haunted by his past. Jimmy is estranged from his adult son, Mike Conlon (Joel Kinnaman) who is disgusted by his father’s action and does not allow Jimmy to be involved in his family’s life, including meeting his granddaughters.

Jimmy’s old boss and closest friend is Shawn Maquire (Ed Harris). Shawn’s son Danny (Boyd Holbrook) is trying to get his father to allow Albanian mobsters to sell heroin within Shawn’s territory. Danny has been paid handsomely by the heroin dealers for his influence, but when Shawn says no to the deal, the Albanians want their money back. The Albanians go to Danny’s house to collect their money, and they hire Mike as a limo driver to drive them there. While Mike waits in the car, Danny tries to kill the Albanians inside. One of the mobsters gets out and Danny kills the Albanian in front of Mike and one of Mike’s boxing students, Legs (Aubrey Joseph). Legs is able to get away, but Mike is captured by Danny. Mike recognizes Danny from their childhood, and is able to escape, but not before leaving behind his wallet.

Danny tells his father that he killed the Albanians in self-defense and that Mike saw it. Shawn tells Danny to stay put, but Danny does not listen and goes to Mike’s house to kill him. Shawn sends Jimmy over to talk to his son and convince him not to go to police. When Jimmy sees Danny about to shoot Mike, he kills Danny with one shot. Jimmy calls and tells Shawn that he killed Danny in order to protect his son, and Shawn says that both Jimmy and Mike will have to die.

Jimmy leaves to try to make things right with Shawn, and Mike calls the police to report the shooting. Shawn sends two corrupt police officers to Mike’s house. Once there, they arrest Mike and attempt to take him to some of Shawn’s men so he can be killed. Jimmy intervenes and kills the cops and frees his son. Jimmy tells Mike that he needs to listen to him for the next 24 hours if he wants to stay alive.

Mike goes to get his family to safety while Jimmy meets with Shawn. Jimmy tries to explain to Shawn that Danny was going to kill Mike and that he had no choice. He also offers himself in exchange for leaving Mike alone. Jimmy also threatens Shawn that he will go to the police and tell them of the things he has done for Shawn. Shawn tells Jimmy that the police don’t care about him anymore, and that he will have Mike and his family killed before he has Jimmy killed so that Jimmy can feel his pain. Jimmy leaves the meeting, escaping Shawn’s approaching men. Shawn hires a professional hitman name Andrew Price (Common) to kill Mike and Jimmy.

Mike tells Jimmy about Legs witnessing the shooting, and Jimmy sends Mike’s family to his remote cabin in the woods while he and Mike go look for Legs. While they are looking for Legs, the police surround the apartment building that Legs lives in. Price gets through the police blockade and hunts the two men in the building. Price and Jimmy wound each other, but Jimmy and Mike escape the building. Jimmy contacts Detective Harding (Vincent D’Onofrio), a police officer that he knows is not on the take. He offers to confess to all his crimes if Harding will help his son. The detective tells Jimmy that the witnesses are saying Mike was the shooter, not Danny. Jimmy tells him that they will soon have video proof that Danny was the shooter.

Mike and Jimmy hide out at the house of Jimmy’s brother Eddie (Nick Nolte). Eddie is also estranged from Jimmy and claims that Jimmy is only loyal to Shawn, having killed his own cousin to protect Shawn years before. Disgusted and unwilling to trust his own father, Mike heads to the cabin to be with his family. Feeling that there is no other way to end the feud, Jimmy goes to Shawn’s hideout and kills his old friend and all of his men. At the same time, Legs delivers the video of the murder to Detective Harding, clearing Mike.
Once at the cabin, Mike calls the police and offers to turn himself in. Jimmy arrives soon after, and Mike introduces his daughters to their grandfather. Price arrives and attacks the cabin, wounding Jimmy. Price pursues Mike and his family through the foggy forest, but Jimmy is able to shoot him in the head before Mike is shot. After making the kill, Jimmy collapses from his wounds. Mike runs to his father’s side and calls him “dad” for the first time in the film. Jimmy pulls a list of names out of his pocket before passing away. Harding shows up and collects the list from Jimmy’s hand. The list contains all the names of people that Jimmy killed.

The film ends with Mike back to work as both a boxing trainer and a chauffeur. He is living happily with his wife and daughters, and as he gets dressed, the camera shows a photo of himself as a child with Jimmy on the dresser, indicating that Mike has made his peace with his father.