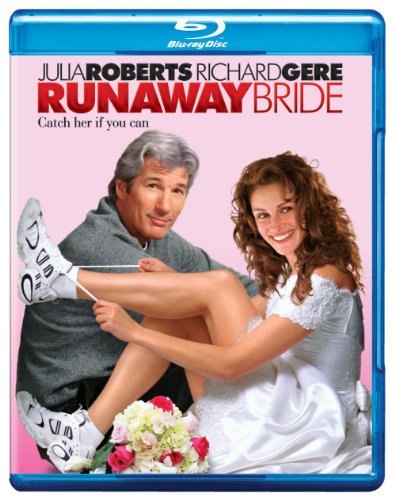 Warner Bros. Home Entertainment has announced the Blu-ray release of the romantic comedy Runaway Bride. The film was directed by Garry Marshall and stars Richard Gere, Julia Roberts, Hector Elizondo, Rita Wilson, Christopher Meloni, and Joan Cusack. Runaway Bride will be available online and in stores beginning on May 17th.

In the film, Roberts plays small-town girl Maggie Carpenter, whose many marches down the aisle have become a series of near misses as she habitually bolts before saying “I do.” Gere is Ike Graham, a cynical, big-city newspaper columnist eager to write a tell-all story about Maggie. But the more Ike finds out about the skittish Maggie, the more he finds he’s falling in love.

Runaway Bride was released in July of 1999 and grossed over $309 million in worldwide box office. The film was also known for reuniting many of the members of the cast from Marshall’s 1990 hit Pretty Woman.