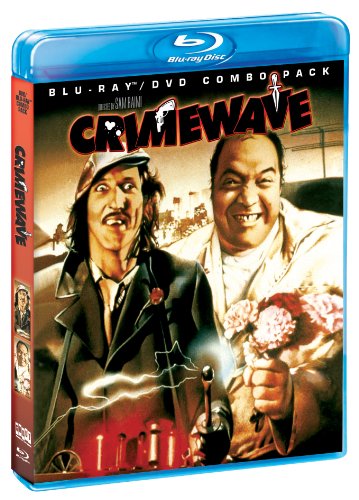 Shout Factory has revealed that they are planning to release a Blu-ray combo pack edition of director Sam Raimi‘s Crimewave this May. The film is directed by Raimi and written by Ethan Coen, Joel Coen, and Raimi.  Crimewave stars Louise Lasser, Brion James, Paul L. Smith, Sheree J. Wilson, and Bruce Campbell.  The film will be available everywhere starting on May 14, 2013.

In this serial killer spoof, when Detroit pest exterminators Crush (Smith) and Coddish (James) decide to expand their operation to include the disposal of humans, their best-laid plans soon go awry as the firm’s body count escalates out of control.

Crimewave was released theatrical in April of 1986, and according to BoxOfficeMojo.com, the film grossed only $5,101 at the box office, making it one of the lowest grossing films of all time.