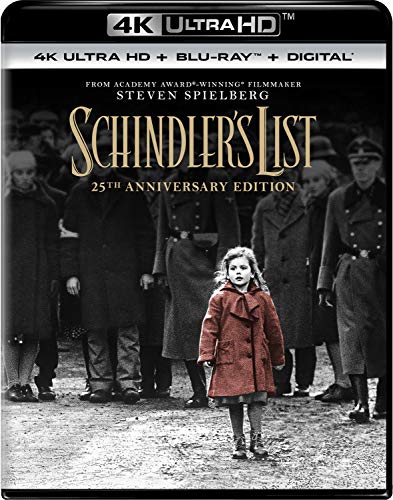 Adapted from Thomas Keneally’s novel, Steven Spielberg’s masterful film tells the incredible true story of Oskar Schindler. Initially a member of the Nazi party, the Catholic Schindler risks his career and life, and ultimately goes bankrupt, to employ 1,100 Jews in his crockery factory during the Holocaust. Schindler’s Jewish accountant serves as his conscience, as Schindler conducts business with an obstinate and cruel Nazi commander, who viciously kills Jewish prisoners from the balcony of his villa overlooking a prison camp.