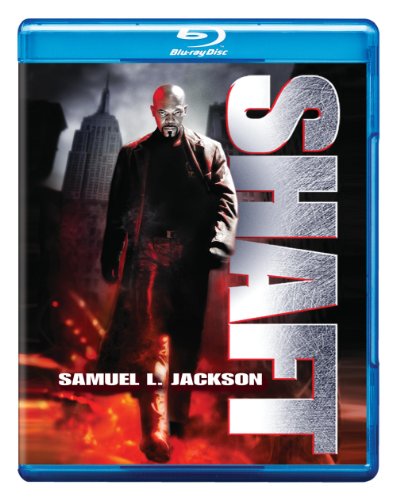 Warner Bros. Home Entertainment has announced the addition of the action film Shaft (2000) to their upcoming slate of Blu-ray releases. The film was directed by John Singleton and starred Samuel L. Jackson, Vanessa Williams, Jeffrey Wright, Christian Bale, Toni Collette, Busta Rhymes, Mekhi Phifer, and Richard Roundtree. The action-packed sequel to the original 1971 cult classic will be available for purchase online and in stores beginning on August 13th.

Who delivers ten times out of ten? Jackson is Shaft, the man and the movie. Singleton directs this gritty action-packed thriller. With his uncle John Shaft (Roundtree, reprising his original role) as his mentor, it ‘s no surprise that today’s Shaft is the coolest dude and the hottest action around. To stop a racist killer (Bale), Shaft has to track down the only eyewitness (Collette) that can put the perpetrator behind bars. As Shaft closes in, so does the danger. Armed with attitude, and up against corrupt cops and venomous drug lords, he’s out to make crime pay up.

Shaft was released in June of 2000 and grossed over $107 million in worldwide box office.

Disclaimer: Affiliate links are contained in this post. This means when you click a link, and purchase an item, Movie House Memories will receive an affiliate commission. Advertisers and Affiliate Partnerships do not influence our content. See our Terms of Use about the inclusion of affiliate links on this site for more information.
June 24, 2013
373 1 minute read
Show More
Subscribe
Login
0 Comments
Inline Feedbacks
View all comments
Most Recent Posts
Facebook Twitter LinkedIn Tumblr Pinterest Reddit
Back to top button
Close
wpDiscuz
0
0
Would love your thoughts, please comment.x
()
x
| Reply
Close