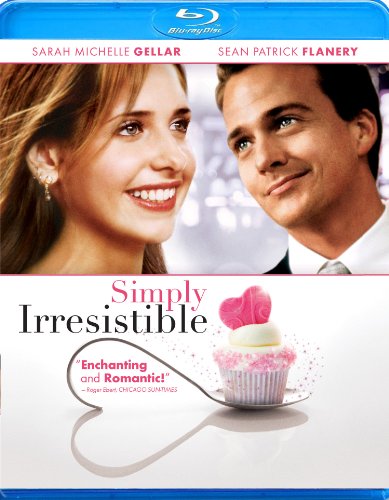 Anchor Bay has announced that they are releasing 20th Century Fox Home Entertainment’s Simply Irresistible onto Blu-ray this May. The film was directed by Mark Tarlov and starred Sarah Michelle Gellar, Sean Patrick Flanery, Patricia Clarkson, Dylan Baker, and Amanda Peet. Simply Irresistible will be available online and in stores beginning May 28th.

In the film, beautiful restaurant owner Amanda Shelton (Gellar) is falling head over heels for handsome, hard-driving executive Tom Bartlett (Flanery). Unfortunately, Tom is too busy to recognize that she’s truly the girl of his dreams until Amanda puts him under her tantalizing spell.

Simply Irresistible was released in February of 1999 and grossed over $4 million in worldwide box office.

Disclaimer: Affiliate links are contained in this post. This means when you click a link, and purchase an item, Movie House Memories will receive an affiliate commission. Advertisers and Affiliate Partnerships do not influence our content. See our Terms of Use about the inclusion of affiliate links on this site for more information.
Show More