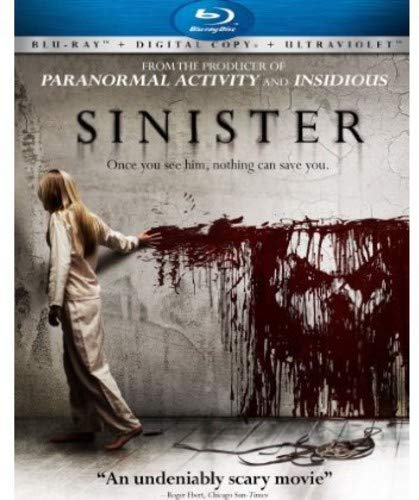 Sinister tells the story of true-crime writer Ellison Oswalt (Hawke), who moves himself and his family in to a house where an horrific crime took place earlier, but his family doesn’t know.  Oswalt is trying to find out more about the crime so he can write a new book about it to help his flailing career.  He uses some “snuff” film that he finds which show the crimes to help in his research, but he soon finds more than he bargained for.  There is a figure in each of the films, but who or what is it?  As a result his family start to suffer as does he.  Things take a turn for the worst.  Will they survive?

Sinister was released in October 2012 and has grossed over $50 million at the box office to date.

Dracula: Prince Of Darkness (1966) Coming To Blu-ray In Time For Halloween