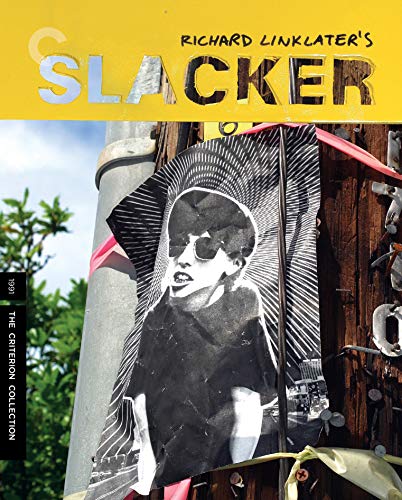 The Criterion Collection has announced the addition of the cult comedy Slacker to their upcoming slate of Blu-ray releases. The film was written and directed by Richard Linklater and starred Linklater, Rudy Basquez, Jean Caffeine, Jan Hockey, Stephan Hockey, and Mark James. Slacker is currently available for pre-order online and will be available in stores everywhere beginning on September 17th.

Slacker presents a day in the life of a loose-knit Austin, Texas, subculture populated by eccentric and over-educated young people. Shooting on 16 mm for a mere $3,000, writer-producer-director Linklater and his crew of friends threw out any idea of a traditional plot, choosing instead to create a tapestry of over a hundred characters, each as compelling as the last. Slacker is a prescient look at an emerging generation of aggressive nonparticipants, and one of the key films of the American independent film movement of the 1990’s.

Last Christmas (2019) Will Give You Its Blu-Ray Heart

Last Christmas (2019) Will Give You Its Blu-Ray Heart