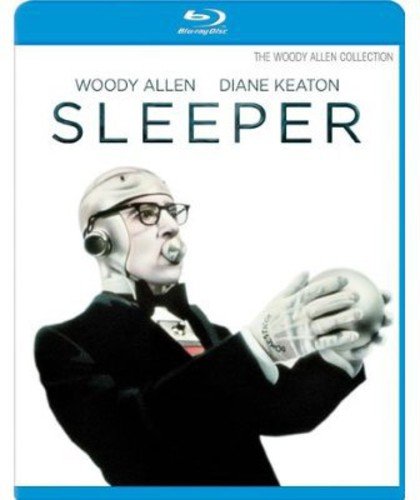 Sleeper tells the story of Miles Monroe (Allen), a clarinet player who also runs a health food store.  When cryogenically preserved Miles is awakened 200 years after a hospital mishap, he discovers the future’s not so bright: all women are frigid, all men are impotent, and the world is ruled by an evil dictator…a disembodied nose!  Pursued by the secret police and recruited by anti-government rebels with a plan to kidnap the dictator’s snout before it can be cloned, Miles falls for the beautiful – but untalented – poet Luna (Keaton).  But when Miles is captured and reprogrammed by the government – to believe he’s Miss America! – it’s up to Luna to save Miles, lead the rebels, and cut off the nose…just to spite its face.

Sleeper was released in December 1973 and grossed over $18 million at the box office.  The film was the second collaborative effort of Allen and Keaton, who combined for several other features, including Annie Hall.