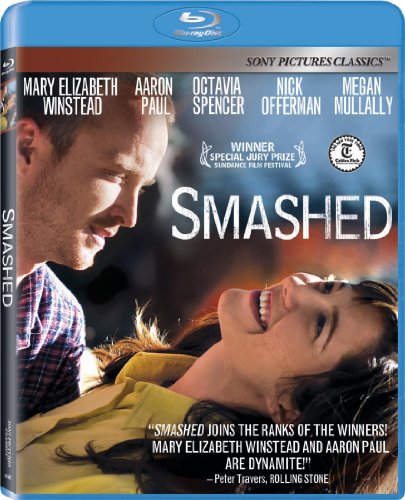 Sony Pictures has announced that they are bringing their dramedy Smashed to Blu-ray this March.  The film is co-written and directed by James Ponsoldt and stars Mary Elizabeth Winstead, Aaron Paul, Octavia Spencer, Nick Offerman, and Megan Mullally.  Smashed will be available in stores on Blu-ray and DVD on March 12, 2013.

In the film, Kate (Winstead) and Charlie (Paul) have a relationship well lubricated with alcohol, but Kate finally finds her chemical appetites have gotten completely out of control.  With the help of an ex-addict friend at work, Kate finds a support group that helps her begin to conquer her addictions.  However, that recovery proves just part of a larger personal challenge to rebuild her life even as her marriage with her drunken husband deteriorates.

Smashed was released in October of 2012 and has grossed a paltry sum of just over $300 thousand at the box office, but has received a lot of critical acclaim.