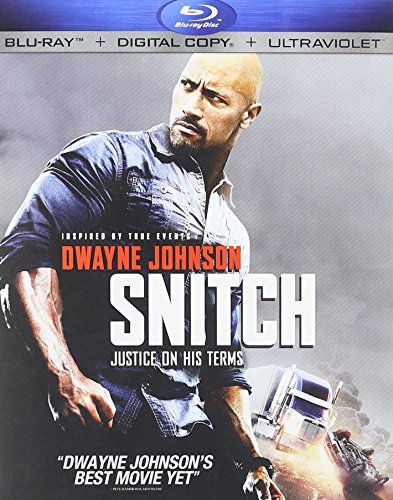 Summit Entertainment has announced that it will bring the action thriller Snitch to Blu-ray this summer. The film, directed by Ric Roman Waugh and stars Dwayne Johnson, Susan Sarandon, Jon Bernthal, Benjamin Bratt, and Barry Pepper. Snitch will be available online and in stores beginning June 11th.

Inspired by true events, the film stars Johnson as a father whose teenage son is wrongly accused of a drug distribution crime and is looking at a mandatory minimum prison sentence of 10 years. Desperate and determined to rescue his son at all costs, he makes a deal with the U.S. Attorney to work as an undercover informant and infiltrate a drug cartel on a dangerous mission-risking everything, including his family and his own life.

Snitch was released in February of 2013 and has grossed over $41 million at the box office to date.

The Blu-ray will include several special features, including: an audio commentary with director Ric Roman Waugh and editor Jonathan Chibnall; Privileged Information: The Making of Snitch – a multiple part documentary; and deleted scenes.

Disclaimer: Affiliate links are contained in this post. This means when you click a link, and purchase an item, Movie House Memories will receive an affiliate commission. Advertisers and Affiliate Partnerships do not influence our content. See our Terms of Use about the inclusion of affiliate links on this site for more information.
April 1, 2013
325 1 minute read
Show More
Subscribe
Login
0 Comments
Inline Feedbacks
View all comments
Most Recent Posts
Facebook Twitter LinkedIn Tumblr Pinterest Reddit
Back to top button
Close
wpDiscuz
0
0
Would love your thoughts, please comment.x
()
x
| Reply
Close