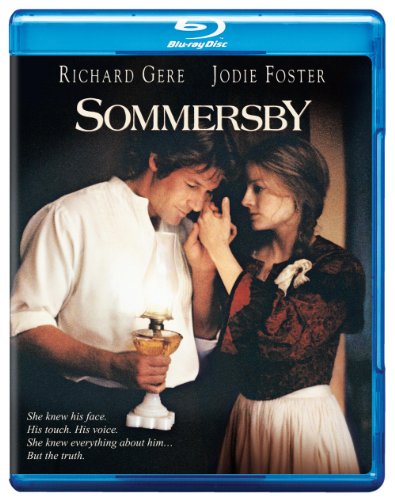 Set after the civil war, a man by the name of Jack Sommersby (Gere) returns home several years after he was presumed dead.  He arrives armed with ideas and vigor, and soon brings his town back to prosperity, turning his once bitter marriage to his wife Laurel (Foster) into a passionate romance.  Despite his many accomplishments, though, whispers spread and suspicions arise that Jack might not be the man he says he is.  The film is a remake of the 1982 French film The Return of Martin Guerre (Le retour de Martin Guerre) which starred Gérard Depardieu.

Sommersby was released in February of 1983 and grossed over $50 million at the box office. Exact technical specifications and special features for the Blu-ray have yet to be detailed.

Disclaimer: Affiliate links are contained in this post. This means when you click a link, and purchase an item, Movie House Memories will receive an affiliate commission. Advertisers and Affiliate Partnerships do not influence our content. See our Terms of Use about the inclusion of affiliate links on this site for more information.
January 29, 2013
1 minute read
Show More
Back to top button
Close
Close