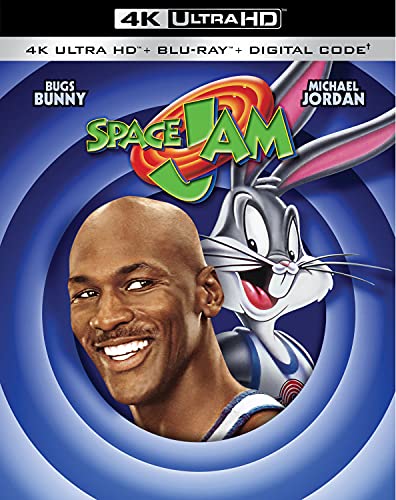 Get a laugh-loaded glimpse of the future as it’s never looked before! See two of the world’s greatest legends collide in a brand-new universe! When basketball megastar Michael Jordan teams up with animated icon Bugs Bunny–get ready for Space Jam! Charles Barkley, Patrick Ewing, Daffy Duck, Porky Pig–and many more. The National Basketball Association meets Warner Bros.’ Looney Tunes–with Jordan as a live-action hero entering a spectacular animated world. Captured by Bugs Bunny to foil a ghastly gang of space creatures, Jordan must play the basketball game of his life to save the beloved cartoon heroes from a hideous kidnapping scheme. Will Jordan beat the odds and get his Looney new pals out of a real jam? Fasten your seat belts and enter a whole new dimension in entertainment in the wildest, wackiest comic fantasy ever.