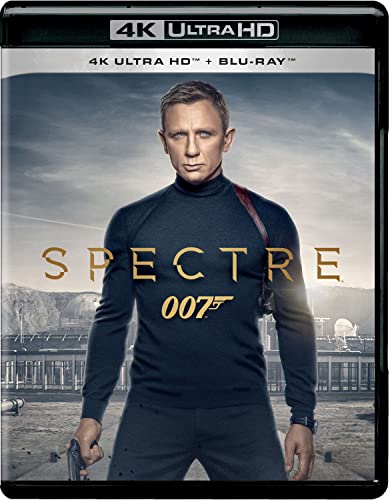 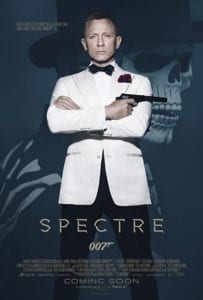 In Spectre, Bond carries out an unauthorized mission in Mexico City. He levels a building and throws down in a helicopter above a parade, but comes away with a ring with a mysterious symbol on it. M is not amused and puts Bond on a leave of absence, with smart blood that tracks his every move.

Q covers for Bond while he heads off to look for answers. Meanwhile, a British bureaucrat, C, moves to create a global state surveillance team and moves to shut down the 00 program. Bond attends a funeral in Rome, where he learns the man he killed in Mexico City was a member of a secret organization, Spectre. Bond crashes their meeting, and is mysteriously greeted by their shadowy leader during the meeting. Bond hightails it, and is chased by a goon through the streets of Rome before making an escape.

Bond finds Mr. White, who is well on his way to the grave. Mr. White had grown disenchanted with Spectre and tells Bond to find his daughter, Madeline Swann, and she can help him find Spectre. Bond finds Madeline and saves her from assassins on multiple occasions. After giving her the humping she desperately needed, Madeline is ready to cooperate and track down the honcho at Spectre and kill him.

They make it to a desert lair in the middle of a remote desert. They are greeted by Oberhauser, who was Bond’s adopted brother after his parents died. Oberhauser tells them that C is a tool of his, and that the efforts to establish a global surveillance initiative will only benefit him. Oberhauser also reveals that he has adopted his mother’s name, and calls himself Ernst Stavo Blofeld. Bond blows the place up and escapes to London.

In London, Bond is kidnapped and forced to try to save Madeline in the old MI6 building in a trap laid for him by Blofeld. Meanwhile, M confronts C and tries to bring him to justice and ends up killing him. Bond escapes with Madeline and tracks Blofeld down, destroying his helicopter and putting him under arrest. Bond leaves with Madeline, presumably to find a new occupation.