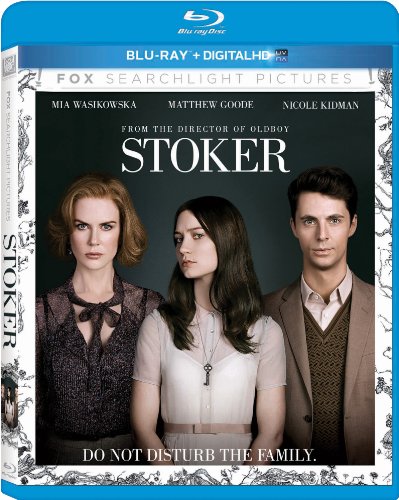 20th Century Fox Home Entertainment has announced that it is releasing the thriller Stoker onto Blu-ray this June. The film is directed by Chan-wook Park and stars Mia Wasikowska, Matthew Goode, Nicole Kidman, and Dermot Mulroney. Stoker is the English-language film debut for Park. The thriller will be available online and in stored beginning June 18th.

The film was written by Wentworth Miller and Erin Cressida Wilson. After India’s (Wasikowska) father dies in an auto accident, her Uncle Charlie (Goode), who she never knew existed, comes to live with her and her emotionally unstable mother. Soon after his arrival, she comes to suspect this mysterious, charming man has ulterior motives, but instead of feeling outrage or horror, this friendless girl becomes increasingly infatuated with him.

Stoker is currently in theaters in limited release. The film made its debut at Sundance in January of this year.