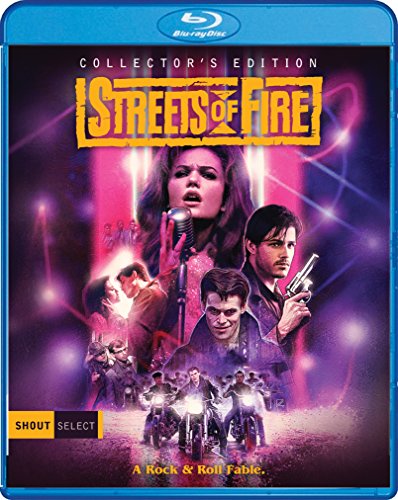 Amid a brooding rock & roll landscape, the vicious Raven Shaddock leads the Bombers motorcycle. When they kidnap a singing diva named Ellen Aim, her hope for rescue lies with unlikely heroes; a soldier of fortune named Tom Cody and his sidekick, the two-fisted, beer-guzzling McCoy. Ellen’s manager, Billy Fish, comes along for the ride, as the trio plunges headfirst into a world of rain-splattered streets, hot cars, and deadly assassins.