Suicide Squad begins after the death of Superman. The leader of a secret agency, Amanda Waller, convinces the government to recruit super-villains imprisoned in Belle Reve to protect the world. The members she picks to form Task Force X are the hit-man, Deadshot; The Joker’s girlfriend and former psychiatrist, Harley Quinn; the pyrokinetic Diablo; a bank thief named Captain Boomerang; the mutant Killer Croc; the criminal Slipknot; and the witch Enchantress who possessed the former archaeologist, June Moone. Waller also assigns the command of the team to Colonel Rick Flag, who is in love with June. To convince the group to obey orders, the government implants a nanite bomb in the neck of each member. Once the Enchantress releases her powerful brother, they besiege Midway City; turning the residents into an army of monsters and building a powerful weapon. Meanwhile, the Joker plots to rescue his beloved Harley Quinn from the government’s clutches. 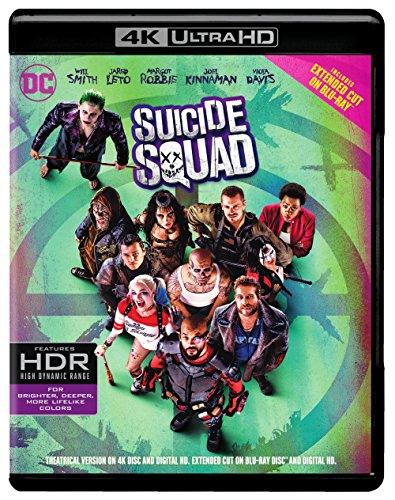 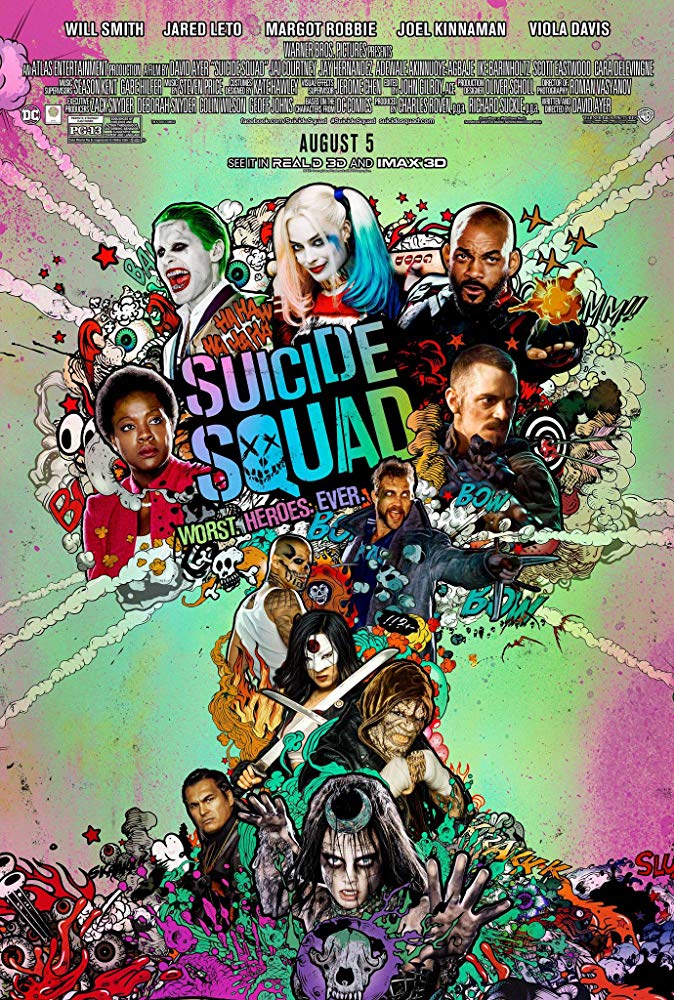 Suicide Squad picks up one year after the events of Batman v. Superman: Dawn of Justice. Superman (Henry Cavill) is dead and Amanda Waller (Viola Davis) convinces the government that they need to form a group to potentially defend against the next global threat. Although the government agrees with the need, they are not thrilled with her proposed solution – to assemble a team of dangerous criminals, implant bombs in their head, and blackmail them into serving their country. However, when a new threat arises, the government has no choice but to green light the project.

Waller has a nanite bomb implanted in the necks of each team member just in case anyone on the team wants to try to escape or attack one of the guards. The threat the team is responding to is one of Waller’s intended recruits, Dr. June Moone (Cara Delevingne). Years before, archaeologist Dr. Moone was possessed by a demonic witch known as Enchantress.

For years, Moone has been able to fend off the influence of the Enchantress with the help of Waller and her boyfriend, Colonel Flag. But now, Moone is completely consumed by the witch and has decided to destroy all of humankind with a mystical weapon. Enchantress has taken control of most of Midway City and has begun transforming the population into monsters loyal to her cause. She has also summoned her brother Incubus (Alain Chanoine) to assist her. Waller’s mission for the Squad is to extract a high-profile person from Midway City.

To complicate matters, Harley’s homicidal boyfriend, Joker (Jared Leto), finds out about the mission and tortures a guard into leading him to the facility where the nanite bombs are made. Once at the facility, Joker blackmails Dr. Van Criss (Matt Baram) into disabling Harley’s bomb, and only Harley’s bomb. Joker then heads out to Midway City to retrieve his girlfriend.

Meanwhile, in Midway City, the Squad’s helicopter is shot down just as it is reaching the city. Because they were shot down on the outskirts of the city, the group proceeds on foot to retrieve their target. While they make their way through the city, Boomerang convinces Slipknot that the bombs in their necks are just a ruse to keep them obedient and docile. Boomerang wants to test whether the bombs even work. Slipknot sees his opening and attempts to escape, and Flag detonates the bomb killing him.

Shortly thereafter, the Squad is attacked by Enchantress’ converted monsters. The group is disorganized at first but manages to hold off the attack and work their way to safe house that contains their target. Once there, they discover that the high-profile person is in fact Waller herself, who is attempting to cover up her involvement in Enchantress’ siege and get the hell out of town.

The squad takes Waller up to roof to wait for their extraction helicopter. When the helicopter arrives, they find that it has been commandeered by Joker to free Harley. The Squad, minus Harley, open fire on the Clown Prince and his men. Dr. Van Criss deactivates Harley’s bomb which allows her to get on the helicopter. While the helicopter is trying to fly away, Waller’s men shoot down the helicopter. Harley safely jumps free, but the helicopter crashes, presumedly killing Joker and all his men. With nowhere to go, Harley returns to the Squad.

Meanwhile, Enchantress learns of Waller’s presence in Midway City and sends her monsters out to collect her. The monsters kidnap Waller, leaving Waller’s files behind for Deadshot to read. He discovers the truth about Enchantress and Waller’s responsibility in her creation. Flag confirms the information, which causes the Squad to abandon him for his betrayal to each of them. Instead of blowing them all up, Flag allows the Squad to live having grown a sense of comradery with the criminals.

Flag remains focused on the mission, but the Squad stops for a drink at an abandoned bar. Realizing that they have an opportunity to prove themselves as heroes for a change, the Squad soon rejoins Flag and continues with their mission. They locate Enchantress and her brother at a partially-flooded subway station. Killer Croc joins a group of Navy Seals who go underwater to plant a bomb underneath Incubus. After resisting the use of his power throughout the film, El Diablo finally embraces his abilities and uses his flame to distract Incubus long enough for the bomb to detonate, killing them both.

The rest of the Squad battle Enchantress together but are easily defeated by the powerful witch. Enchantress offers each of them their deepest desires in exchange for their allegiance to her. Harley shows interest and goes to join Enchantress. However, having moved close enough to Enchantress, Harley cuts out the witch’s heart.

Killer Croc throws explosives into Enchantress’ weapon and Deadshot shoots them, destroying the device. Flag takes Enchantress’ heart, the heart of the woman he loves, and crushes it, thus freeing Dr. Moone from the curse. Waller, who is still alive, emerges and rewards each of the surviving members of the Squad with ten years off their prison sentences.

Once back at the prison, each of the Squad are rewarded with special privileges, except for Captain Boomerang. Joker, still alive and well, returns and breaks Harley out of the prison.

In a mid-credits scene, Waller meets with Bruce Wayne (Ben Affleck), who agrees to protect her from the public backlash for her involvement in the Enchantress incident. In exchange, Wayne wants access to the government’s files on the metahuman community, specifically documents relating to Barry Allen/The Flash (Ezra Miller) and Arthur Curry/Aquaman (Jason Momoa). Coyly, Waller advises Wayne to stop working such late nights, to which Wayne answers to shut down Task Force X or else he and his friends will do it.