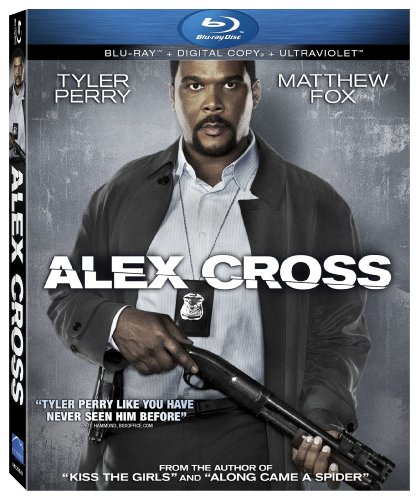 Based on the novel “Cross” by James Patterson and popularized by Morgan Freeman in Kiss the Girls and Along Came a Spider, Tyler Perry takes over as Dr. Alex Cross, a homicide detective/psychologist with the Detroit Police Department.  Cross meets his match in a dangerous serial killer (Fox).  The two face off in a high-stakes game of cat and mouse, but when the mission gets personal, Cross is pushed to the edge of his moral and psychological limits.  The film also stars Edward Burns and John C. McGinley.

Alex Cross was released in October 2012 and grossed over $25 million at the box office.  Lionsgate has already announced that they have begun development on a follow-up.

The Blu-ray will have several special features, including: an audio commentary by director Rob Cohen, “The Psychologist and the Butcher: Adapting and Filming Alex Cross” featurette, and deleted scenes.