Superman is back! The Man of Steel inadvertently frees three Kryptonian criminals from the Phantom Zone after stopping a terrorist attack on Earth. At same time, Superman engages in a romance with the love of his life, Lois Lane, after she discovers his true identity. When the criminals arrive on Earth and begin to wreak havoc, Superman will have to choose between being the Man of Steel and spending the rest of his life with the woman he loves. 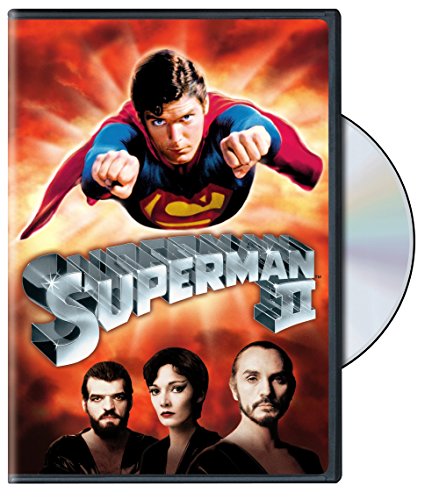 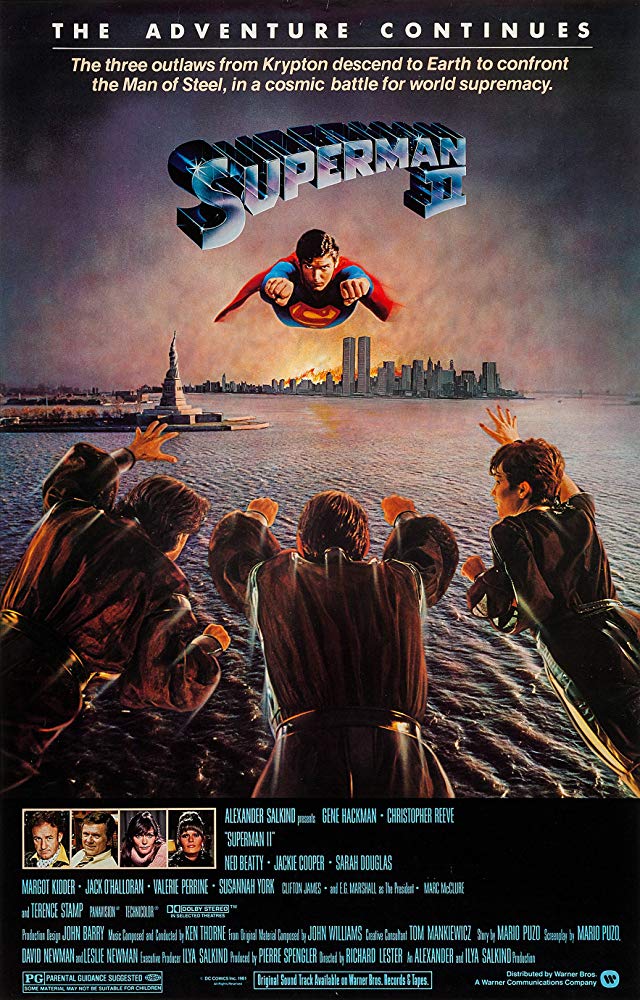 In Superman II, Kryptonian criminals General Zod (Terence Stamp), Ursa (Sarah Douglas), and Non (Jack O’Halloran) are imprisoned in the Phantom Zone prior to Krypton’s destruction in the first Superman film. The criminals are freed years later when Superman throws a hydrogen bomb activated by terrorists on the Eiffel Tower into space, which explodes and causes a shockwave that destroys their prison cell. Each of the criminals has the same powers as Superman due to the radiation from Earth’s yellow sun.

At the same time, Lex Luthor (Gene Hackman) and his loyal stooge of a henchman, Otis (Ned Beatty), attempt to escape from the prison that Superman placed them into. Luthor is able to escape with the assistance of Eve Teschmacher (Valerie Perrine), but Otis is left behind. Luther and Teschmacher travel north to Superman’s Fortress of Solitude, which Luthor has discovered from his research. Once there, Luther activates Superman’s historical crystals and learns of the existence of the Phantom Zone prisoners. Luther sets out to find Zod and his accomplices in order to join forces.

Meanwhile, Perry White (Jackie Cooper), the editor of the Daily Planet, sends Clark Kent (Christopher Reeve) and Lois Lane (Margot Kidder) to Niagara Falls to write an expose on the popular honeymoon locale. Lois becomes suspicious that Clark is Superman, when Superman saves a young boy from falling in the falls. Lois throws herself into a river to force Clark into changing into Superman. Clark does not change into his alter ego and saves Lois as Clark. That night, Clark trips over a rug in their hotel room and falls into a fireplace. Clark confesses to being Superman once Lois realizes that he is not burned by the flames.

Superman takes Lois to his Fortress of Solitude in the Arctic Circle, where he reveals all his secrets to the reporter, including the fact that he loves her. Superman gives up his powers to spend his life with Lois rather than allowing her life to be in constant danger for being the love of Superman. The Fortress of Solitude is destroyed at the same time, save one lone green crystal. The couple return to Metropolis after spending one night together as a normal couple.

Meanwhile, Zod has arrived on Earth and begun to wreak havoc everywhere he and his accomplices go. They take over the White House after the President of the United States (E.G. Marshall) surrenders. The President broadcasts his surrender over television and pleads for Superman to help them. Zod demands that Superman come and “kneel before Zod”. Clark sees the message, and realizes that he needs to go back north to see if he can regain his powers. Luthor shows up at the White House and tells Zod that Superman is the son of their jailor, Jor-El (Marlon Brando). Luthor offers to help Zod locate Superman in exchange for Australia.

The three Kryptonians and Luthor go to the offices of the Daily Planet and kidnap Lois. Superman arrives after regaining his powers from the one lone crystal that was not destroyed. He battles the three Kryptonians on the streets of Metropolis, but when the collateral damage to innocent civilians becomes too much, Superman retreats to the Fortress of Solitude. Luthor leads the Kryptonians and Lois to Superman’s lair.

Once there, Zod makes Superman surrender by threatening Lois’ life. Zod also pronounces that Luthor is no longer useful and states that he will be executed along with the Man of Steel. Superman confides in Luthor to try to get the three Kryptonians into the chamber that took Superman’s powers away, but Luthor betrays Superman and tells Zod of the ruse. Zod makes Superman get into the chamber for a second time and turns it on.

The Fortress is filled with light, but when Superman exits the chamber, he crushes Zod’s hand and throws him into the crevice. Nod tries to fly to his leader’s rescue, but he too falls into a crevice. Lois punches out Ursa, who falls into a crevice as well. Luthor figures out that Superman reversed the chamber, protecting himself and exposing the Kryptonians to the power suctioning lights. Superman returns Luthor to prison and Lois to her home.

The next day at the Daily Planet, Lois tells Clark that she is sad that she will not be able to share her true feelings about him due to his demands as Superman. Clark kisses her, using his abilities to wipe her memory of his alter ego. Superman then flies to the White House and replaces the American flag and assures the President that he will not abandon his duty again.

User Rating: Be the first one !
May 4, 2012
4 minutes read
Show More
Back to top button
Close
Close