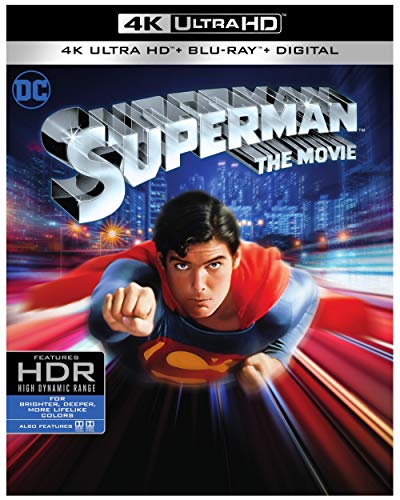 Superman: The Movie begins on the planet Krypton. Superman’s father sends him off to Earth as an infant to save him from the planet’s impending destruction. The boy grows up in small town America, and eventually becomes a mild-mannered reporter named Clark Kent. Once he arrives in Metropolis, Clark transforms himself into Superman—saving the city from crime. However, when he unknowingly threatens the criminal genius, Lex Luthor’s plans to take over the world, trouble comes looking for our hero.