Armed with only one word, Tenet, and fighting for the survival of the entire world, a Protagonist journeys through a twilight world of international espionage on a mission that will unfold in something beyond real time. With leaps backwards and forwards in time, each event takes on a new meaning depending on when it takes place. 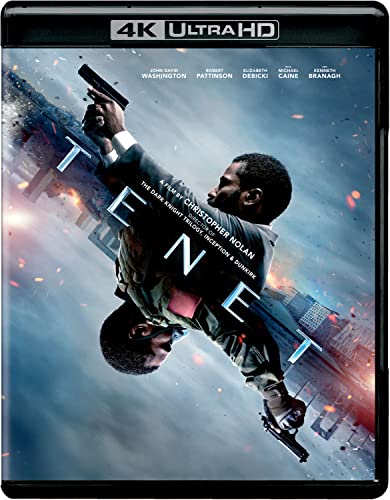 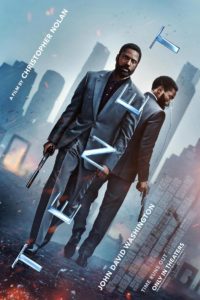 John David Washington plays the Protagonist, a CIA agent who participates in an undercover operation at a Kyiv opera house. During the operation, his life is saved by a masked soldier with a red trinket on his uniform who “un-fires” a bullet through a hostile gunman. The Protagonist completes his mission and seizes an artifact. Immediately afterwards, he is seized by mercenaries. The mercenaries torture the Protagonist before he consumes some cyanide. He awakes a shot time later to learn that the cyanide was a test of his loyalty. He also learns that his CIA team was killed, and the artifact was lost.

The Protagonist is asked to join a secret organization called Tenet, which he agrees to do. He meets a scientist (Clémence Poésy) who shows him bullets with inverted entropy, which allows them to move backwards through time. The scientist theorizes that the bullets are made in the future and that a weapon exists that can wipe out the past. The Protagonist is aided by another Tenet agent named Neil (Robert Pattinson) who is assigned as his handler. The Protagonist traces to bullets to an arms dealer named Priya Singh (Dimple Kapadia), who he discovers is a member of Tenet herself. The Protagonist’s investigation reveals that Priya’s cartridges are purchased and inverted by Russian oligarch Andrei Sator (Kenneth Branagh).

The Protagonist continues his investigation by approaching Sator’s estranged wife Kat (Elizabeth Debicki), an art appraiser. Kat knowingly sold Sator a forged Goya drawing to steal $9 million from him, which the Russian used to blackmail her and keep her under his control. The Protagonist plans to steal the drawing with the help of Neil from a facility in Oslo Airport in order to convince Kat to assist him. In the customs area, Neil and the Protagonist find a turnstile that can invert the entropy of objects and people. Two masked men exit the turnstiles and attack the Tenet men. Neil allows his assailant to escape, while the Protagonist’s appears to be sucked into a jet engine.

The Protagonist’s investigation next leads him to the Amalfi Coast. Kat introduces him to Sator but learns that the drawing is intact. Sator is suspicious of the Protagonist and believes that he may have slept with Kat. The three of them go boating, and Kat attempts to drown Sator, but the Protagonist saves him to Kat’s dismay. The Protagonist offers to help Sator retrieve a case which Sator says contains Plutonium-241, but actually contains the artifact that was lost in Kyiv. In Tallinn, Neil and the Protagonist use a series of large vehicles to ambush an armored convoy and steal a case containing the artifact. During the hijacking, they are themselves ambushed by an inverted Sator, who holds Kat hostage. The Protagonist gives Sator an empty case, and the Russian retreats. The Protagonist saves Kat, but they are both captured and taken to one of Sator’s warehouses where a turnstile has been installed.

In the warehouse, the inverted Sator shoots his wife with an inverted round, while the normal Sator demands the location of the artifact. The Protagonist lies to Sator and gives him a false location. Tenet operatives led by Commander Ives (Aaron Taylor-Johnson) rescue the Protagonist, but Sator escapes with the false information. The Tenet group takes Kat through Sator’s turnstile to invert her, reversing the effect of the inverted round. The Protagonist uses the inversion technology to return to the ambush site and chases Sator. He gets into accident which overturns his car. Sator sets the Protagonist’s car on fire, which causes him to nearly freeze to death due to the inversion. He is saved again by Ives’ team.

Kat reveals that Sator is dying from pancreatic cancer. She also reveals that Sator plans to trigger the algorithm believing that the world should die with him. Kat believes that Sator will kill himself during their vacation in Vietnam, when they were last happy together. Using that date, the Protagonist, Neil, Kat, and the Tenet forces invert back to that day, so Kat can delay Sator’s death, while Tenet secures the algorithm. Tenet tracks the algorithm to Sator’s hometown of Stalsk-12 in Northern Siberia.

The Tenet team moves into the town in a temporal pincer movement, which half of their team (the red team) moving forward in time and half of their team (the blue team) moving backwards through time. The Protagonist and Ives are assisted by a masked corpse of a blue-team trooper with a red trinket on his backpack after seeing him dying in reverse. Meanwhile, in Vietnam, Kat boards Sator’s yacht and kills him, as her past self and their son return to the boat. The Protagonist and Ives secure the algorithm with the timely assistance of Neil.