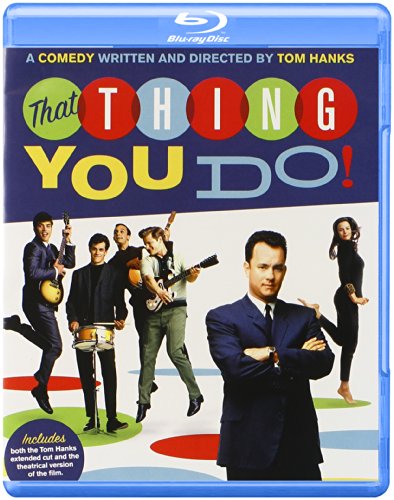 That Thing You Do! [Blu-ray]

20th Century Fox Home Entertainment has announced that they will release That Thing You Do! onto Blu-ray this Spring. The film was written and directed by Tom Hanks and starred Hanks, Liv Tyler, Charlize Theron, Tom Everett Scott, Johnathon Schaech, Steve Zahn, and Ethan Embry. That Thing You Do! will be available for purchase online and in stores across the country on April 2.

This high-energy comedy about fame and friendship dances on to Blu-ray for the very first time. Hanks plays the big-hearted manager of a 1960’s pop-rock group called The Wonders that becomes a shooting-star sensation thanks to a delightfully catchy chart-topper called: “That Thing You Do!”

That Thing You Do! was released in October of 1996 and grossed over $34 million worldwide.

Kevin Hart: Let Me Explain (2013) To Debut On Blu-ray This October

Trance (2013) Casts A Spell On Blu-ray This Summer