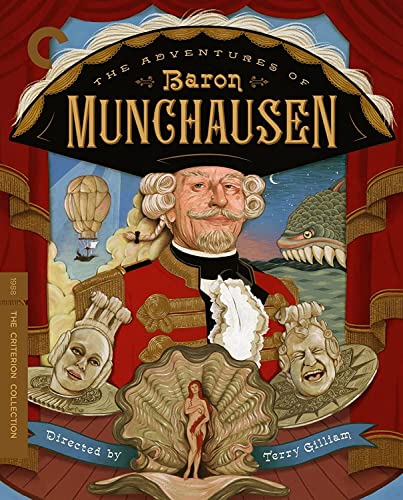 The Adventures of Baron Munchausen (The Criterion Collection) [4K UHD]

The boundless imagination of Terry Gilliam yields a dazzling fantasy of epic proportions. Inspired by the extravagant exploits of the fabled Baron Munchausen, this spectacle—born of a famously turbulent production—follows the whimsical eighteenth-century nobleman (John Neville) as he embarks on an outlandish quest that takes him from faraway lands to the moon to the belly of a sea monster and beyond, meanwhile waging battle against a vengeful sultan and the tyranny of logic. Packed frame to frame with special effects, mischievous wit, and colorful performances—including a young Sarah Polley as the Baron’s no-nonsense sidekick—the Oscar-nominated The Adventures of Baron Munchausen is a lavish celebration of the triumph of make-believe over reality.