In this reboot of the Spider-Man film franchise, the origin of Spider-Man is retold with a new, fresh prospective. Peter is a shy, but brilliant, high school student in New York. Abandoned by his parents with his Aunt May and Uncle Ben when he was a small child, teenage Peter starts to investigate his missing father’s work. The investigation leads Peter to Oscorp, where Peter is bitten by a genetically engineered spider that gives him the amazing powers of Spider-Man. Eventually, Spider-Man comes into conflict with the powerful Lizard, a beast who evolves from the misguided attempts of mild mannered scientist Dr. Curt Connors, a man who may hold the secrets to Peter’s missing father’s past. 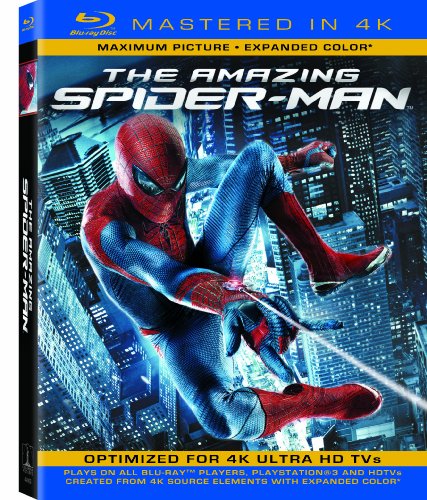 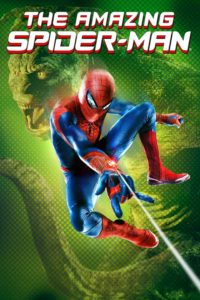 The film begins with a young Peter Parker (Max Charles) finding his father Richard Parker’s (Campbell Scott) study burglarized. Richard and Mary Parker (Embeth Davidtz), Peter’s mother, are disturbed by the burglary and gather various hidden documents around the house. They take their son to his Aunt May (Sally Field) and Uncle Ben’s (Martin Sheen) house and leave Peter with them. Peter’s parents leave, and Peter is later informed that they are killed, leaving him an orphan.

Years later, a now teenage Peter (Andrew Garfield) attends Midtown Science High School where he is a gifted if somewhat unremarkable student. Peter spends his days avoiding the school bully Flash Thompson (Chris Zylka) and trying to catch the attention of another gifted student Gwen Stacy (Emma Stone). One day, Peter stumbles upon some of his father’s work and learns that prior to his disappearance and death he was working with scientist Dr. Curt Connors (Rhys Ifans) at Oscorp in the field of cross-species genetics. Peter comes up with a plan to sneak into Oscorp to learn more about his father’s work. Gwen also works at Oscorp as a high school intern. While at Oscorp, Peter enters a lab where a group of genetically modified spiders are being held. One of the spiders lands on Peter and bites him. Peter immediately feels unwell and leaves Oscorp. However, he learns that he has developed various new spider-like abilities such as super strength, speed, reflexes, and agility. He also acquired a danger sense ability.

After the accident, Peter begins to study his father’s work in detail. He eventually visits Dr. Connors and reveals that he is Richard Parker’s son. Connors is working on an experiment to regrow missing limbs since the doctor is missing one arm himself. Peter shares his father’s decay rate algorithm which was the missing piece that Dr. Connor’s needed to complete his work. Unbeknownst to Peter, Dr. Connors is being pressured by Oscorp lead scientist, Dr. Rajit Ratha (Irrfan Khan), to devise a cure for the ailing and never seen Norman Osborn, the dying owner of Oscorp.

Meanwhile, Peter begins to show off with his newfound abilities at school. He publicly embarrasses Flash in a basketball challenge where Peter accidentally shatters the backboard glass. As a result of Peter’s behavior, Uncle Ben must change his work schedule to meet with the school principal. Uncle Ben asks Peter to walk Aunt May home that night. However, Peter forgets to do so becoming distracted while at Oscorp helping Dr. Connors regrow a limb on a laboratory mouse with lizard DNA. Peter and Uncle Ben fight over Peter’s changed behaviors, and Peter storms out of the house.

While walking around, Peter stops in a deli to buy some milk. When Peter is two cents short, the clerk refuses to sell him the milk. A thief enters the deli and robs the clerk. Although Peter has the power and opportunity to stop the thief, Peter decides not to help. However, Uncle Ben, who is on the city streets looking for Peter, attempts to intervene. The thief kills Uncle Ben and runs away. Peter finds his uncle dying on the sidewalk.

After his uncle’s death, Peter acquires a police sketch of the killer and goes on a personal crusade to find Uncle Ben’s killer. He tracks down various criminals who match the killer’s description. During one of his night’s out, Peter falls into an abandoned stadium where a luchador-wrestling poster inspires him to create a mask to hide his identity. Peter crafts a spandex suit and builds mechanical web-shooters out of wristwatches to shoot a super-strong cable “web” that he stole from Oscorp.

At the same time, Peter’s relationship with Gwen continues to evolve. Peter is invited to a family dinner at the Stacy house. Once there, he meets Gwen’s father, Captain George Stacy (Denis Leary) of the New York Police Department. Peter and Captain Stacy engage in a heated discussion over the legality of masked vigilantes and their motives. After dinner, Peter reveals his identity as Spider-Man to Gwen and the couple kiss for the first time.

You should see the other guy. The other guy, in this instance, being a giant mutant lizard. Peter Parker (Andrew Garfield)

Meanwhile, Dr. Connor is continually pressured by Dr. Ratha to begin human trials on limb regrowth after the success with the mouse. Dr. Connors refuses to place innocent people’s lives at risk with an untested procedure and drug. Dr. Ratha fires Connors from Oscorp and makes plans to test Connors’ serum at a Veterans Administration hospital under the guise of a flu shot. Desperate, Connors decides to test the formula on himself. The serum causes Dr. Connors to lose consciousness, but once he awakens, he finds that his missing arm has grown back. Connors learns that Dr. Ratha is on his way to a VA hospital to conduct the illegal administration of the serum. Connors goes to stop him. Along the way, Dr. Connors’ skin turns green and scaly and he begins to grow in size to the form of a large lizard. He intercepts Dr. Ratha’s car and tosses his former boss’ vehicle over the side of the Williamsburg Bridge.

Peter arrives as Spider-Man and saves each car that the Lizard tosses off the bridge including Ratha’s. Peter suspects that the Lizard is Dr. Connors and follows the large reptile into the sewers. Once there, Peter and the Lizard battle, and Peter barely escapes with his life. However, Peter leaves behind a camera with his name on it, and the Lizard realizes that Spider-Man is Peter Parker. The Lizard follows Peter to his school where they fight for a second time. The Lizard’s plan is to release a drug all over Manhattan to mutate humans into lizards using a cloud-generating machine on top of Oscorp Tower. At the same time, Gwen is at Oscorp working on an antidote to the serum at Peter’s request while the police, led by Captain Stacy, start a manhunt for both the Lizard and Spider-Man. The Lizard infects some officers with small doses of the chemicals to facilitate his escape. Spider-Man is nearly captured, but Captain Stacy discovers that Spider-Man is Peter. Peter explains that Gwen is working on an antidote to the serum and that the Lizard is heading towards Oscorp. Captain Stacy allows Peter to leave to save Gwen and to stop the Lizard, but then Captain Stacy proceeds to the building himself.

Gwen is successful in creating an antidote that can be dispersed via the same cloud machine. However, she must hide from the Lizard as he hunts for her throughout the Oscorp building. Captain Stacy arrives at the building and takes the antidote from Gwen. He takes it to the roof where Spider-Man and the Lizard are battling near the cloud machine. Spider-Man is being overpowered until Captain Stacy begins to help. The two men fight together to delay the Lizard from dispersing his serum while Spider-Man works to modify the machine to disperse the antidote. Spider-Man is successful, and the antidote is dispersed, restoring the humanity to Dr. Connors and the infected officers. However, Captain Stacy is mortally wounded in the battle. Before dying, Stacy makes Peter promise to keep Gwen safe by staying away from her.

Initially, Peter lives up to his word, including staying out of sight at Captain Stacy’s funeral which angers Gwen. Gwen confronts him, and although Peter does not tell her why he is avoiding her, she figures out his reasons. The film ends with Peter implying that he cannot keep the promise and that the two will resume their relationship.

In a post-credits scene, Dr. Connors is confronted by a mysterious man (Michael Massee) while he sits in his prison cell. The man confronts Connors as to whether Peter knows the truth about his father. Connors tells the man that he does not know if Peter is aware and demands that Peter be left alone. The scene ends with a flash of lightning implying the villain for the next film.