Out in Missouri in the early 1880s, the famed outlaw Jesse James lives the last months of his life; beginning with the Blue Cut train robbery of 1881 until his assassination at the hands of Robert Ford the following April. It’s during this time that James meets the young Ford. Ford tries to befriend the increasingly mistrustful outlaw, but his jealousy gets the better of him, and he begins to plot James’ eventual demise. 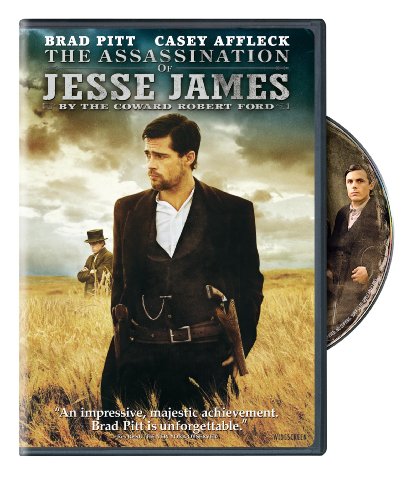 The Assassination of Jesse James by the Coward Robert Ford

The Assassination of Jesse James by the Coward Robert Ford begins when super fan, Robert “Bob” Ford joins Jesse James’ gang during an 1881 train robbery in Missouri. He joins his brother, Charlie, who is already part of the gang. This is the last train robbery the James brothers plan to commit, and Frank leaves them after the heist.

Jesse takes the rest of the crew back to Kansas City. There, he sends Charley, Wood, and Dick Liddil away to his sister’s farmhouse, but has Bob stay as his minion. This only serves to encourage Bob’s fanboydom. Once Bob serves his purpose, Jesse sends him to the farmhouse as well. There, Bob learns that Liddil and Jim Cummins plan on capturing Jesse James for the reward money.

During a chat with Ed Miller, Jesse learns of the plot to capture him, and Jesse kills him. Then, he takes Liddil with him to Jim’s farm where Jesse beats Albert Ford, Bob and Charlie’s very young cousin, in order to learn Jim’s whereabouts.

Liddil then returns back to the Bolton farm where Hite starts a gunfight with him for banging his dad’s young wife. Bob cowardly shoots Hite in the back of the head and he falls to the ground, dead. Soon, Jesse learns of Hite’s disappearance, but he doesn’t know Hite’s dead.

Bob makes a deal with the Kansas City Police Commissioner, Henry Craig, to bring in Jesse James. To prove to Craig that he is legit, Bob tells him where to arrest Dick Liddil. They arrest Liddil, who then proceeds to confess to all the gang’s robberies. Craig gives Bob ten days to kill or capture Jesse James, and he will receive the reward and a pardon for murder.

The two return to St. Joseph, and stay with Jesse at his home. On April 3, 1882, Jesse reads in the paper about Liddil’s arrest and confession. Jesse removes his guns to get up on a ladder to dust a picture on the wall. With his back to the brothers, both men shoot at him. One bullet hits Jesse in the back of the head; killing him instantly. Bob takes credit for the kill, and the brothers get $500 in reward money.

For a time after the murder, the Ford brothers become mini-celebrities. They have a theater show where they re-enact their assassination, but they way they killed Jesse doesn’t sit well with audiences. They don’t like how Bob shot an unarmed man in the back. Charlie eventually kills himself, and on June 8, 1892, Edward O’Kelley murders Bob. Although O’Kelley receives life in prison, Colorado’s governor, James Bradley Orman, pardons him ten years later.