When the Tesseract, a cube of pure energy with the power to destroy the Earth, is stolen by the nefarious God of Mischief, Loki, S.H.I.E.L.D. leader Nick Fury embarks on a daring recruitment effort spanning the globe to assemble a team of the world’s most powerful superheroes to get it back. Captain America, Iron Man, Thor, Black Widow, Hawkeye and The Hulk are brought together to stop Loki. But unfortunately, it’ll take more than just assembling them to save the world from the brink of destruction. 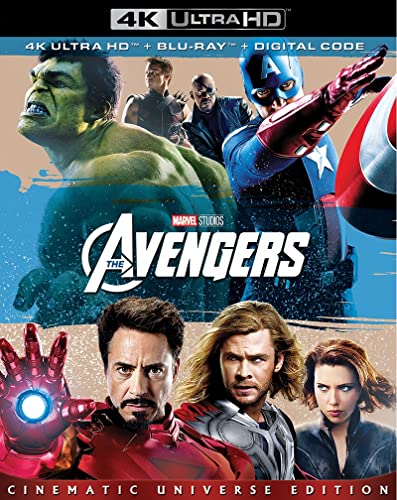 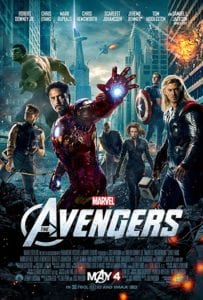 The Avengers begins as Loki comes across the Other, the leader of an alien race known as the Chitauri. The Other offers Loki an army which can conquer the Earth in exchange for retrieving the Tesseract.

On Earth, Nick Fury and his lieutenant, Agent Maria Hill, arrive at a remote research facility where Dr. Erik Selvig leads a research team that’s experimenting on the Tesseract. Phil Coulson reveals that the object is now radiating an unusual form of energy. Out of the blue, the Tesseract activates, and a wormhole opens. Loki pops out, and snatches the Tesseract. With a wave of his magic scepter, he also nabs Selvig, Clint Barton, and some others on his way out.

Fury is furious, and he reactivates his Avengers Initiative. He sends Natasha Romanoff to find Dr. Bruce Banner in hopes of tracing the Tesseract via its gamma radiation. Coulson visits Tony Stark, and has him review Selvig’s research. Fury then assigns Steve Rogers to retrieve the Tesseract.

We cut to Stuttgart where Barton steals some iridium that he needs to stabilize the Tesseract. Loki creates a distraction for him which leads to Rogers, Stark, and Romanoff forcing Loki to surrender. As they take him to S.H.I.E.L.D. HQ, Thor, arrives and frees his adopted brother in hopes he will abandon his plan for the Tesseract, and return home to Asgard. This leads to another confrontation with Stark and Rogers resulting in Thor agreeing to take Loki to S.H.I.E.L.D.’s Helicarrier. They toss Loki into a cell, and then Banner and Stark attempt to locate the Tesseract.

At this point, the Avengers become split on how to deal with Loki once it’s revealed that S.H.I.E.L.D. wants to use Tesseract to develop weapons of mass destruction to deter hostile extraterrestrials. While the team debates it, Barton leads Loki’s other possessed agents on an attack on the Helicarrier.

When they disable one of its engines, Banner angrily transforms into the Hulk. As Stark and Rogers frantically work to restart the engine, Thor makes a feeble attempt to stop the Hulk. Romanoff winds up fighting her friend Barton, and KOs his little butt; breaking Loki’s mind control over him.

Loki takes this opportunity to kill Coulson, and escape. Thor then falls from the Helicarrier as does the Hulk when he tries to fight a S.H.I.E.L.D. jet. Fury uses Coulson as an opportunity to get Team Avenger to work as one.

Stark and Rogers come to the conclusion that Loki wants to defeat them in public to validate himself as Earth’s emperor. Loki then uses the Tesseract to open a wormhole above Stark’s tower allowing the Chitauri’s fleet to invade the planet.

The Avengers team up to defend NYC and the planet. When the Hulk finds Loki, he beats him into submission. Romanoff goes to the wormhole’s generator, and with the now free Selvig, tries to shut it down using Loki’s scepter.

Fury’s superiors have little confidence in the Avenger’s victory. They launch a nuclear missile into Midtown Manhattan to put an end to the invasion. However, Stark intercepts it, and guides it through the wormhole towards the Chitauri fleet. The missile explodes; destroying the Chitauri mothership, and disabling their forces on Earth.

Stark’s suit shuts down, and he falls back through the wormhole just in time for Romanoff to close it. Stark falls to the Earth, but the Hulk catches him. Thor returns to Asgard with Loki and the Tesseract, while Fury looks on; expressing confidence that the Avengers will return.

In a mid-credits scene, the Other relays to his master of Loki’s defeat, and says that challenging the Avengers would be courting Death. This prompts Thanos to stand and smile. Challenge accepted.

One final clip shows The Avengers at the Shawarma Palace; eating in silence from exhaustion over the now concluded Battle of New York.