The evil cult leader Maax uses magic and hired mercenaries to take the Kingdom of Aruk from King Zed. Afraid of a prophecy that the King’s first-born son will grow up and kill him, Maax orders his witches to kill the unborn child. However, the child is saved by a stranger who raises the boy as his own. As the boy, now known as Dar, grows, he finds that he can speak to animals. After Dar’s village is wiped out by the Jun army under the control of Maax, Dar decides to return to the city to seek his vengeance. 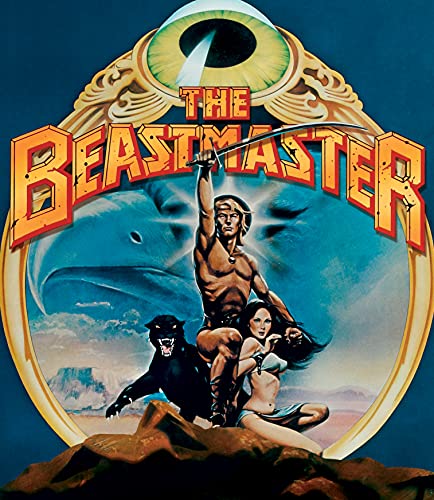 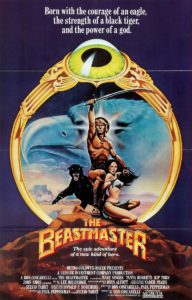 In the kingdom of Aruk, an evil high priest Maax (Rip Torn) is given a prophecy by his subservient witches that he will die at the hands of the unborn son of King Zed (Rod Loomis). Maax sends his witches to kill the child. The King learns of the Maax’s intent to sacrifice a child, so he banishes Maax from the kingdom. Maax reveals that he intends to kill the King’s son and the King has him arrested and exiled. However, the witches act on Maax’s behalf and kill the King’s wife (Vanna Bonta). They use magic to transport the unborn fetus into the belly of a cow. Before the witches can kill the child, a villager (Ben Hammer) rescues the child and raises the young boy as his own son. The boy carries a brand on his left hand that the witches left on him prior to their deaths.

The villager returns the baby to his village of Emur. The child, named Dar (Billy Jacoby), is raised by his adoptive father and learns to fight. One day, Dar and his adopted father are attacked by a bear. Dar learns that he can telepathically communicate with animals. Dar saves himself and his father and sends the bear away. His father tells Dar to keep his abilities secret.

Years later, a full-grown Dar (Marc Singer) witnesses his fellow villagers, including his father, being slaughtered by the Juns, a horde of fanatic barbarians allied with Maax. Dar is saved during the attack by his loyal dog, who is killed by an arrow from the evil horde. Dar is the only survivor from his village. He takes his father’s sword and decides to journey to Aruk to avenge his people. With the help of his telepathic abilities, Dar is joined in his journey by a golden eagle named Sharak, a pair of thieving ferrets named Kodo and Podo, and a panther named Ruh.

On his journey, Dar meets a redheaded slave girl named Kiri (Tanya Roberts). Dar offers to protect Kiri if she wishes to run away with him, but Kiri decides to return to her masters so that her family is not put to death. Soon after, Dar finds himself lost and surrounded by a race of half-bird, half-human creatures. The creatures dissolve their prey for nourishment. The bird people worship eagles, and when they see that Dar can communicate with Sharak, they give him a mysterious amulet and allow him to leave.

Some time later, Dar arrives at Aruk and finds that Maax has assumed total control of the city with the assistance of the Juns. Maax has begun sacrificing the children of the townspeople in honor of his god Ar. Dar uses Sharak to save one child from the village. The child’s father, Sacco (Ralph Strait), is grateful to Dar for saving his son’s life. Sacco informs Dar that King Zed is imprisoned in the pyramid, and that Kiri is to be sacrificed. Meanwhile, Maax uses his magic and the Juns to find out more about this “beastmaster”. Through his magic, he sees the mark on Dar’s hand and realizes that he is Zed’s son. He orders his men to kill him. Dar fights off the men and is assisted by Seth (John Amos), the bodyguard to a young boy named Tal (John Milrad). Tal is the younger son of Zed, kept secret for his protection. Tal, Seth, and Dar agree to travel to the Temple of Aruk together. Tal reveals his identity to Dar.

During the journey, Seth and Tal recognize a necklace that Podo and Kodo stole from Kiri and inform Dar that she is not a slave girl but is in fact Tal’s cousin and Zed’s niece. The three agree to work together to save Kiri. The trio save Kiri at a river crossing as she is being taken by zealous priests to be sacrificed. Kiri expresses her gratitude to Dar for the rescue and asks him to help her and Tal rescue King Zed. Dar agrees to help them. Seth leaves to gather additional forces and Dar helps Kiri and Tal infiltrate the temple to rescue the King. Dar calls upon Sacco to help them. Maax anticipates their returns and prepares his forces.

Dar, Kiri, and Tal find King Zed in the dungeon. However, Maax has removed the King’s eyes. Tal takes his father and flees the temple while Dar and Kiri guard their escape before climbing out an air shaft to their freedom. Once out of the city, they reunite with Seth who has recruited a small fighting force. The King orders the small group to retake the city the next day. Dar challenges the King and tells him that he needs an army to defeat Maax’s forces. The King responds by exiling Dar from his group. Once Dar is gone, Seth realizes that the King is obsessed with vengeance for the death of his Queen and his unborn first child, not realizing that Dar is his son.

The next day, the King and his forces are captured by Maax and his men. Sacco escapes from the village to retrieve Dar to come and save the King’s lost cause. In the city, Maax prepares to sacrifice the King, Tal, Kiri, and Seth. The Beastmaster arrives and single handedly takes on Maax’s forces. He kills every soldier on his way to Maax. Once at the top of the pyramid, Maax reveals Dar’s relationship to Zed before slitting the King’s throat. Maax and Dar struggle over Maax’s knife, resulting in Maax getting stabbed. Dar chases off Maax’s reptilian witch and then picks up the unconscious body of Kiri. Maax rises from the ground behind Dar and moves to stab the Beastmaster. However, Podo and Kodo appear, and Kodo sacrifices himself by causing Maax and himself to fall into the sacrificial flames.

The city celebrates their freedom, but the celebration is short-lived as the Juns begin to approach Aruk. Tal as the new King orders them all to fight. The oily moat of the city is covered in dirt. When the Juns try to ride across the moat, they find them selves trapped. Several warriors attempt to light the moat with torches, but they are shot down by the Juns. Tal rushes out to light the moat himself and is shot in the chest with an arrow. Dar, Kiri, and Seth rush out to assist him and fight the Juns. The Jun leader (Tony Epper) challenges Dar to single combat. The Beastmaster is successful, but the remaining Jun forces move in for the kill. Suddenly, the mysterious birdmen arrive and begin killing the Jun army, having received the medallion back from Dar through Sharak. The Juns are easily defeated.

A few days later, Tal is recovering from his wound and is ready to ascend to the throne. Dar prepares to leave and gives a parting gift to Seth to give to the new King. Seth notices the brand on Dar’s hand and realizes that he is the true King. Dar tells Seth that Tal would make a better King and leaves Aruk. Dar sets off into the wild with his animals, including Podo’s new litter. Kiri follows him and the two kiss.