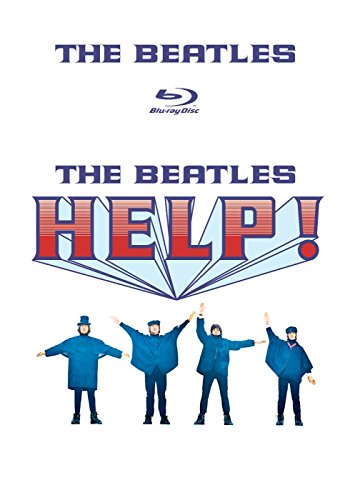 Universal Music has announced that they are adding the Beatles’ Help! to their upcoming Blu-ray releases.
The was directed by Richard Lester and starred the Beatles, George Harrison, John Lennon, Paul McCartney, and Ringo Starr. The Blu-ray release will feature a newly restored version of the film with a 5.1 soundtrack and over an hour of supplemental features. Help! will be available for purchase online and in stores beginning on June 25th.

Help! made its theatrical debut in 1965. The story follows The Beatles as they become passive recipients of an outside plot that revolves around Ringo’s possession of a sacrificial ring, which he cannot remove from his finger. As a result, he and his bandmates John, Paul and George are chased from London to the Austrian Alps and the Bahamas by religious cult members, a mad scientist and the London police. In addition to starring the Beatles, Help! has a witty script, a great cast of British character actors and features 7 classic Beatles tracks.

The Blu-ray will include several special features, including: The Beatles in Help! – a 30-minute documentary about the making of the film with Richard Lester, the cast and crew; A Missing Scene – a film outtake, featuring Wendy Richard; The Restoration of Help! – an in-depth look at the restoration process; Memories of Help! – the cast and crew reminisce; theatrical trailers; and radio spots.

Disclaimer: Affiliate links are contained in this post. This means when you click a link, and purchase an item, Movie House Memories will receive an affiliate commission. Advertisers and Affiliate Partnerships do not influence our content. See our Terms of Use about the inclusion of affiliate links on this site for more information.
May 24, 2013
1 minute read
Show More
Back to top button
Close
Close