When the 93 Precinct finds Police Lieutenant Leonard Diamond’s surveillance of a suspected mob boss named Mr. Brown is costing them too much money with no results, they order him to shut it down. Diamond then makes one last attempt to uncover evidence against the man by visiting Brown’s mistress, Susan Lowell. 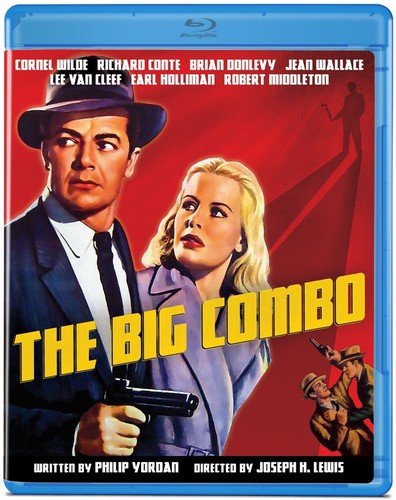 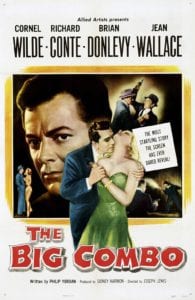 Police Lieutenant Leonard Diamond is intent on bringing down a gangster known as Mr. Brown. It’s clear to everyone who works with Diamond that he’s also obsessed with Brown’s girlfriend, Susan Lowell. After she tries to commit suicide, Diamond learn of the name Alicia, and has his men look into the mysterious person.

Mr. Brown’s thugs consist of his not-so-loyal second in command, Joe McClure, and his muscle men, Fante and Mingo. After Diamond begins to shake things up, Mr. Brown orders the men to kidnap Diamond, and torture him for information; but not leave any physical marks. Then they force hair tonic down his throat to make it look like he just went out and got white girl wasted before setting him free.

Undaunted, Diamond continues with his investigation. He manages to learn that Alicia was Mr Brown’s wife, and he deduces that Brown murdered her, and then tied her to the boat’s anchor; leaving it at the bottom of the ocean.

That revelation leads Diamond to a Swede named Nils Dreyer who was the boat’s skipper at the time. He now owns an antique store that Brown funded in secret. After Dreyer denies knowing anything about an anchor, McClure guns him down in the street ronce Diamond leaves his shop (much to the chagrin of Mr. Brown).

Diamond next shows up to a performance that Susan is watching. There, he professes his love for her, and gives her a photo of Mr. Brown with Alicia and Grazzi on the boat. Upset, Susan rushes off to confront Brown about his wife. Brown replies that Alicia is still alive, and ran off to Sicily with Grazzi; humiliating him.

Displeased with Diamond’s snooping, Mr. Brown orders Fante and Mingo to kill Diamond at his apartment. Instead, they mistakenly kill his young girlfriend, a burlesque dancer named Rita. Afterwards, Diamond learns from Susan that Alicia is still alive, and when he sees a newer photo of her, he realizes the photo wasn’t taken in Sicily due to the snow on the ground.

Diamond’s men are able to locate her at a nearby sanitarium under an assumed name, and Diamond goes to her to enlist her help to bring Mr. Brown down. Once he has the help of Susan and Alicia, things look grim for Brown.

Now, McClure makes his move to take control of the gang. He gets Fante and Mingo to ambush Mr. Brown with him, but Brown is two steps ahead. Fante and Mingo are only loyal to Mr. Brown, and he has them gun McClure down.

Mr. Brown then shows up with his attorney (and a writ of habeas corpus) which prevents Alicia from testifying against him. He then heads over to where Fante and Mingo are hold up; gives them a box full of “money” to pay them for their troubles, and walks away.

The box only has a bomb in it, and Fante dies immediately. However, Mingo doesn’t, and as he clings to life, Diamond gets a signed deathbed confession out of him; implicating Mr. Brown in murder. While this is going on, Brown shoots Diamond’s partner, Sam, as he escorts Susan in an elevator.

Planning to fly off with Susan to an undisclosed location, Mr. Brown takes her to a private airport. Alicia helps Diamond figure out where Brown is taking her, and at a foggy airport hanger, Diamond captures Mr. Brown after his plane fails to arrive, and his bullets miss their mark.

In an iconic noir closing scene, we see the silhouetted figures of Diamond and Susan in the fog for a happy ending.