Based on the classic novel by Jack London, The Call of the Wild tells the story of Buck, a lovable St. Bernard, and his journey from California to the wild frontier of the Yukon. Buck is kidnapped from his pampered life in northern California and is shipped to the Yukon to work as a sled dog during the 19th Century Gold Rush. He encounters John Thornton, a man running from his past and who also hears the call of the wild like Buck. 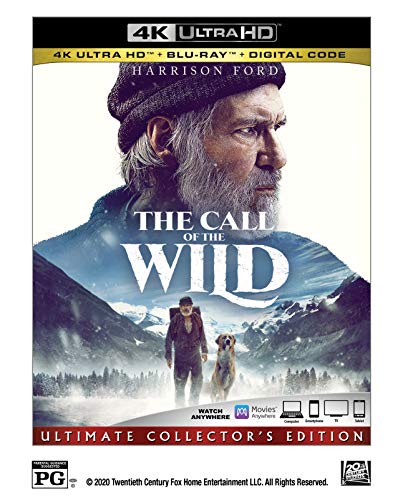 Call of the Wild, The (Feature) [Blu-ray]

‘The Call of the Wild’ Movie Summary 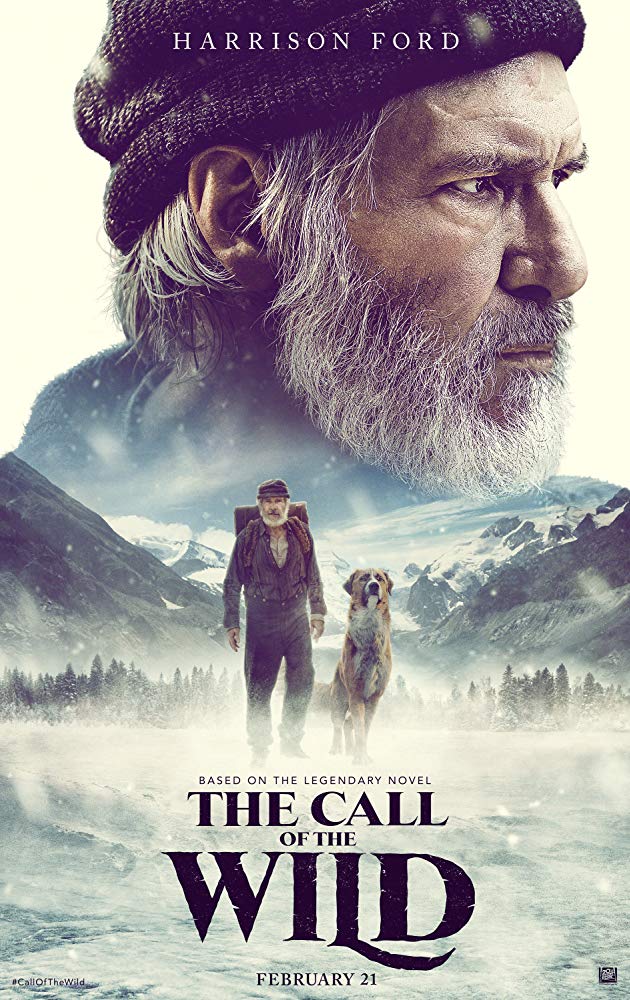 Buck is a large, but gentle St. Bernard dog who lives in 19th Century California. He is the pet to Judge Miller (Bradley Whitford) in Santa Clara. Buck is a very loved, but a destructive dog who often gets into trouble. One night, Buck is abducted by thieves who wish to make a large pay day for dogs of large size who are needed for sleds for the Gold Rush in the Yukon. He is shipped north to the cold of the Yukon. During the voyage, a crew member hits Buck with a club when he fails to obey. This is the first time Buck has experienced mistreatment and he learns to fear the club.

When Buck arrives in the north, he takes off running through the town. He runs into John Thornton (Harrison Ford), an elderly man running from people and his past. John drops his harmonica and Buck returns it to him. John thanks Buck before boarding a ship to go further north. Buck is taken to an auction block and is purchased by Perrault (Omar Sy), a Yukon mailman. Perrault works with his assistant, Francoise (Cara Gee), and their dog sled team, led by their pack leader Spitz. Perrault hopes to make the long trek to the mail depot before the deadline, something that he has never done before.

Initially, Buck struggles learning how to be a sled dog, but soon gains the loyalty and trust of both Perrault and the other dogs. Buck begins seeing ancestral spiritual visions in the form of a black wolf who always seems to guide him through his travels. Eventually, Buck angers Spitz with his compassion and selfishness to the point that the pack leader attacks Buck to assert his dominance. Spitz initially defeats the much larger Buck, but the St. Bernard gets up again and easily defeats Spitz. Buck displaces Spitz as pack leader and Spitz disappears into the wilderness. The next day Perrault has Buck lead the sled. Buck successfully leads the team through a dangerous avalanche and saves Francoise after she falls through the ice. Ultimately, Buck’s speed and strength allow Perrault to arrive to deposit the mail on time.

Once at the mail depot, Buck encounters John again when he arrives to have a letter delivered that he has written to his ex-wife on the anniversary of their son’s death. Perrault continues to make his deliveries on time for several additional journeys, but ultimately, the mail route is discontinued due to being replaced by the telegraph. Perrault is forced to sell the dog sled team, leaving Buck and his pack without an owner.

Buck and his pack are purchased by Hal (Dan Stevens), a wealthy, narcissistic man who is traveling with his sister, Mercedes (Karen Gillan), and her husband, Dawson (Scott MacDonald). Hal has no experience using a dog sled and has purchased a deed to a wildcat gold plot. Hal overloads the sled and tries to head out into the Yukon. John shows up and warns him against traveling due to the change in weather and their lack of experience. The arrogant Hal believes that John is trying to purposely mislead them to get to the gold first and heads out anyways.

John wakes up the next day and his conscious causes him to set out after Buck. He catches up to them as Hal is trying to force the exhausted sled team across a thawing river. Buck has collapsed unconscious on the ground, and even Hal threatening him with the club does not cause him to move. John shows up and cuts Buck loose from the team. He tells Hal that if he presses the dog team on that they will die. Despite John’s warning, Hal presses on. John takes Buck to his cabin.

Buck recovers at John’s cabin. One night, John goes to the local saloon and is attacked by a wild Hal, who has returned from the Yukon. Hal’s sister and brother-in-law are dead, and the dog team ran off leaving Hal alone. Hal blames John and savagely beats him until Buck intervenes and attacks him. The locals at the bar intervene and take Hal’s gun and kick him out of the saloon.

The next day, Buck and John decide to head out to the unexplored territories of the Yukon. They believe that they can live freely in the wild. They find an abandoned cabin in an open valley and decide to settle in. Meanwhile, Hal breaks into John’s prior cabin in order to get his revenge. He finds John’s map and heads out to find them, believing John is hiding gold.

In the wilderness, John and Buck find the freedom that they each seek. They fish and pan for gold. John finds a lot of gold. Meanwhile, Buck discovers a female white wolf and becomes infatuated with her. He goes back and forth between the white wolf’s pack and John’s cabin. Buck is torn between his domesticated life with John and his place with the wolf pack.

Eventually, John believes he is ready to go home and tells Buck that he is leaving in the morning. John tells Buck that he needs to choose whether to stay or go with him back to civilization. Buck goes back into the wilderness and sleeps with the white wolf. That night, Hal finds the cabin and attacks John. During the struggle, John is shot and mortally wounded. Buck returns and attacks Hal, pushing him into the cabin which is engulfed in flames. Hal is killed. Buck lies next to John on the ground. He tries to get John to get up, and pushes his harmonica and map towards him, implying that he is ready to head back to civilization with John. John, knowing that he is dying, embraces Buck and tells him that it’s okay and that Buck is home. John then dies.

The next morning, Buck returns to the wilderness. He mates with the white wolf and they have a litter of wolf and St. Bernard puppies. He becomes the pack leader and fully embraces the call of the wild.