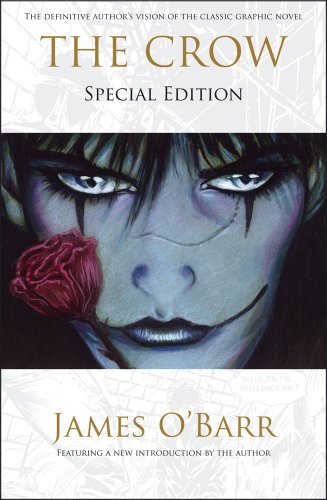 The definitive edition of the classic graphic novel—including never-before-seen material and a new introduction by the author.

When James O’Barr poured the pain and anguish of a personal tragedy into the drawings that comprise The Crow, his intensely cathartic story of Eric—who returns from the dead to avenge his and his fiancée’s murder at the hands of a street gang—resonated with readers around the world. Now, the illustrated tale that became the “thrilling” (Los Angeles Daily News) and “spectacular” (Chicago Tribune) screen triumph is re-released in an expanded version the author originally intended, complete at last with:

Thirty pages of never-before-seen artwork, including a new closing segment, “Sparklehorse,” and the touching new scene, “An August Noel”

A new Introduction by James O’Barr

This is The Crow like you’ve never seen it before—the powerful journey of an avenging angel and a celebration of true love…as fierce, intelligent, and unforgettable as when it was first conceived.

The definitive edition of the classic graphic novel—including never-before-seen material and a new introduction by the author.