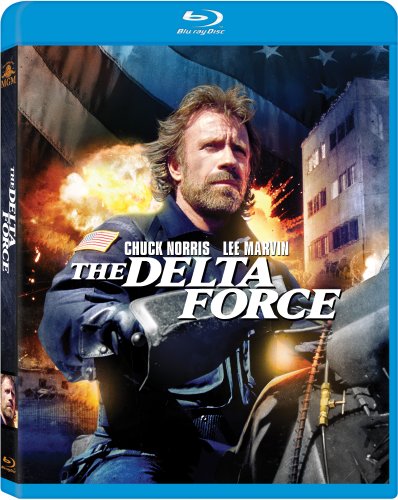 The Delta Force is the story of a 707 aircraft jetliner that is hijacked by Lebanese terrorists.  The terrorists demand that the pilot take them to Beirut.  What the terrorists don’t realize is that an elite team of commandoes led by Major McCoy (Norris) and by Colonel Alexander (Marvin) as been called into service to eliminate all terrorists on the jetliner and who’s involved in the hijacking and try to retake the plane before the terrorists kill all the hostages.   The Delta Force was directed by Menahem Golan and also starred Joey Bishop, Robert Forster, George Kennedy, Shelley Winters, Bo Svenson, and Robert Vaughn.

The Delta Force was released in 1986 and grossed over $17 million at the box office.  The film spawned two sequels, although Norris only appeared in the second film and the third film was released direct to video.