In The Duchess and the Dirtwater Fox, Charlie “The Dirtwater Fox” Malloy is a gambler and a womanizer whose luck always tilts towards bad. Amanda “Bluebird” Quaid is a dance hall girl and a prostitute who is tired of the lifestyle and is looking for something better. The two are put on a collision course with each other after Charlie steals $40,000 from a gang of bank robbers who will stop at nothing to get the money back. Charlie and Amanda are forced to work together to stay alive and keep the money. However, are these two unlikely allies more interested in the money or falling in love? 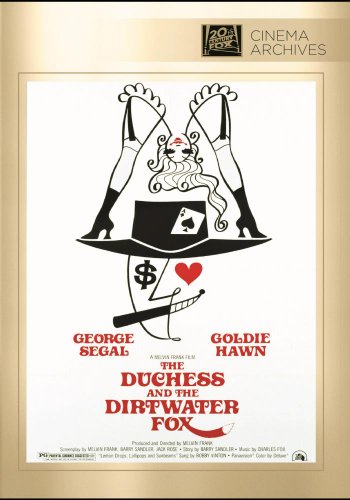 The Duchess and the Dirtwater Fox

‘The Duchess and the Dirtwater Fox’ Movie Summary 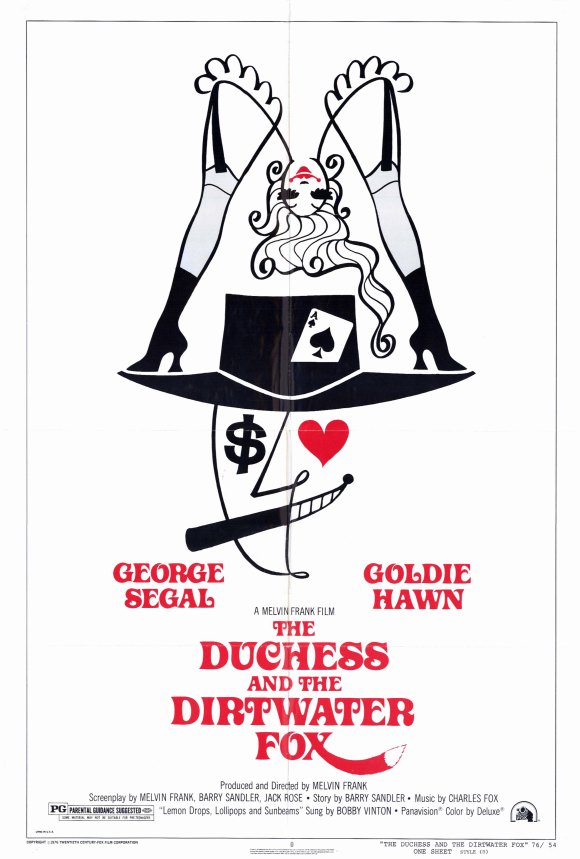 The Duchess and the Dirtwater Fox takes place in 1882. Charlie “The Dirtwater Fox” Malloy (George Segal) is a cheating gambler and womanizer. Charlie faces the hangman’s noose when he gets caught cheating in his latest poker game. He is saved from the hangmen’s noose by the Bloodworth Gang, who need Charlie to run a con to get a key to a bank in the town of Dirtwater. Charlie helps the gang, but after the gang kills a man during the robbery, Charlie is forced to go on the run with the roughnecks. The gang leaves Charlie behind to face a pursuing posse one morning, but Charlie has quietly stolen the $40,000 in cash from them. Charlie heads to San Francisco to catch a ship to Australia so that he can retire in luxury.

Meanwhile, in San Francisco, Amanda “Bluebird” Quaid (Goldie Hawn) is a popular dance hall girl and prostitute. She is tired of being man handled and controlled by the owners of the dance halls. She looks for an easier life. Amanda is informed that Mormon millionaire Josiah Widdicombe (Thayer David) and his six wives are looking for a well-bred governess for their children. Amanda feels that this is her chance for an easier life, but she needs $65 for a new conservative dress to convincingly pull off the con.

She returns to the dance hall and cozies up to Charlie, who appears to be wealthy to her. Charlie takes her back to his hotel room, but refuses to pay her for sex, even though he is throwing money around to everyone. Amanda drugs Charlie and steals his satchel, unaware there is $40,000 in the false bottom. She takes the new identity as the Duchess of Swansbury and interviews with Widdicombe. Amanda is hired as the new governess, but she has her sights on being wife number seven. She boards a stagecoach for Salt Lake City with Widdicombe’s assistant Gladstone (Conrad Janis).

Meanwhile, Charlie awakes in his hotel room to find his satchel gone. He begins running around town looking for Amanda, but he runs into Bloodworth (Roy Jenson) and his gang. Charlie manages to get away from the gang, and with his horse, Blackjack, hightails it out of town. Charlie catches up to the Amanda’s stagecoach, and boards it. He is surprised to find Amanda on the stage, but when Amanda tells him in “French” that the satchel was placed on an earlier stagecoach, he agrees not to reveal her true identity to either Gladstone or Widdicombe.

Along the way to Salt Lake City, the Bloodworth Gang tries to bury the stagecoach in an avalanche. Charlie and Amanda are forced to ride Blackjack to Virginia City after the stagecoach is destroyed. They catch up to the satchel in Virginia City, but when the bag is still locked up in baggage claim, they find that they need $100 to get it out. Amanda prostitutes herself for $15, but knocks her client out cold before completing the act. She gives the $15 to Charlie to use his skills as a cheat to turn it into the $100 they need. However, Charlie is caught cheating again and has half the town after him.

Meanwhile, the Bloodworth Gang arrives in Virginia City and begins looking for Charlie. To make matters worse, Amanda’s client has informed the sheriff that he was robbed by a prostitute, so the legitimate law is looking for her. Charlie is able to buy his satchel out of storage and tries to leave town. However, he rides back to save Amanda when he sees her being chased by the law. The couple is forced to hide in a Jewish wedding, where they are forced to dance to maintain their cover. Charlie and Amanda steal the wedding buggy and pretend to be the married couple to get by all the groups looking for them. They head to Salt Lake City so that Amanda can continue on with her job with Widdicombe.

The couple stops to sleep for the night. Amanda is awoken to the sound of a rattlesnake that is sneaking up on Charlie. She shoots the rattlesnake, but the shot scares off all the horses except Blackjack. Charlie and Amanda are forced to ride Blackjack. They come across a river with a boat and decide to take that into Salt Lake City instead. The couple engage in a little love making while floating down river until they are interrupted by a series of rapids. Amanda, Charlie, and the money are thrown out of the boat and into the river. Charlie rescues the money first, and then helps Amanda to the shore.

Once on shore, Amanda and Charlie find themselves surrounded by the Bloodworth Gang. The gang takes the money back and stakes Amanda and Charlie to the ground in the middle of the desert. Amanda is able to burn through Charlie’s ropes using a pair of glasses out of her bag after the gang leaves them for dead. Amanda and Charlie make it back to the river to get much needed water and reunite with Blackjack.

Amanda and Charlie can see Salt Lake City in the distance, but the couple have fallen for each other. Amanda is ready to settle down with the gambler, but Charlie is not willing to give up the money. He creates a plan to get it back from Bloodworth. He tracks the gang down at their ranch. Charlie and Amanda set booby traps and Charlie starts a fire in the barn to create a diversion. Charlie retrieves the satchel from the main house while the gang attempts to put out the fire. The gang sees Charlie trying to escape and give chase. Charlie kills one of the gang, and two others are killed by the booby traps.

Amanda and Charlie race across the wilderness in an attempt to get away, but the last two gang members catch up to them. Blackjack is shot, and Charlie is hit three times while trying to retrieve the satchel from the open ground. Amanda grabs Charlie’s rifle and kills the last two gunmen. Amanda rushes to Charlie’s side. Charlie believes he is dying, but he is glad that he is at least dying rich. Amanda calls him lazy and grabs the satchel away from him. She begins walking towards Salt Lake City, repeatedly telling Charlie that if he wants the money that he needs to get off his ass. Both Charlie and Blackjack get off the ground and begin to follow the former dance hall girl.