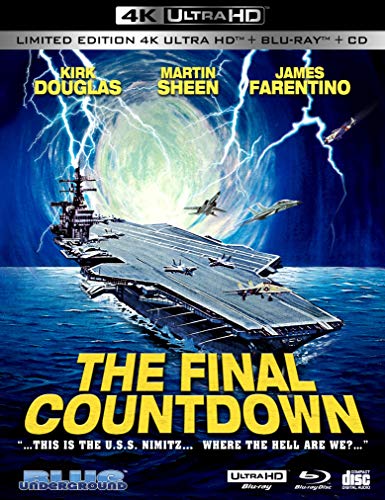 Trapped outside the boundaries of time and space – 102 aircraft… 6,000 men… all missing.

The time is now. The place is aboard the U.S.S. Nimitz, America’s mightiest nuclear-powered aircraft carrier on maneuvers in the Pacific Ocean. Suddenly, a freak electrical storm engulfs the ship and triggers the impossible: The Nimitz is hurtled back in time to December 6, 1941, mere hours before the Japanese attack on Pearl Harbor. As the enemy fleet speeds towards Hawaii, the warship’s Captain, a Defense Department expert, a maverick Air Wing Commander and a desperate Senator in the Roosevelt administration must choose between the unthinkable. Do they allow the Japanese to complete their murderous invasion or launch a massive counter-strike that will forever change the course of history?