In The Godfather Part II, we learn the early life of Vito Corleone—from a boy born in Sicily to one of the most respected mafia dons of New York. Interwoven in the film is Micheal Corleone’s rise as he attempts to expand his business empire into Las Vegas, Florida, and pre-revolution Cuba. He too has personal issues he must deal with like his collapsing marriage and relationship with his brother. 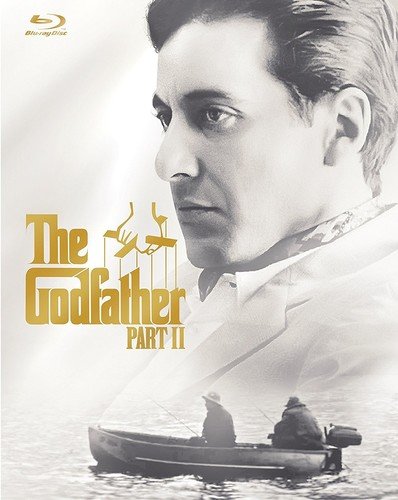 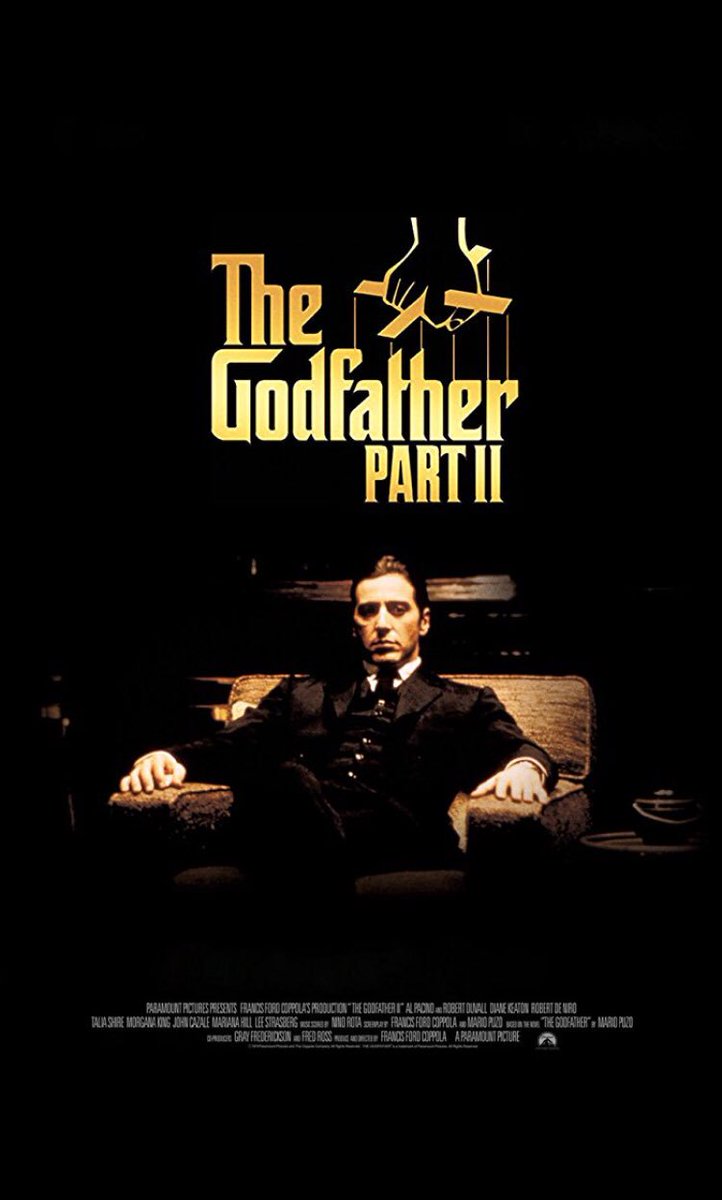 The Godfather Part II begins back in Sicily in 1901. A young Vito Andolini (Oreste Baldini) attends his father’s funeral with his mother. During the funeral, the local mafia leader, Don Ciccio (Giuseppe Sillato), kills his brother too. Vito’s mother pleads for Ciccio to spare him, but Ciccio refuses; claiming Vito will only return as a man to exact revenge. Ciccio’s men kill Vito’s mother, while little Vito escapes to New York. Once there, authorities on Ellis Island register him as Vito Corleone.

In 1958, Michael Corleone (Al Pacino) throws a lavish party at his family compound in Tahoe for his son’s first communion. At the party, a Senator from Nevada tries to shake the family down for bribe money to get a license for a new casino. Michael refuses the Senator’s offer. Frank (Michael V. Gazzo), a family member, comes to Michael to request support in a war with the Rosato brothers (Carmine Caridi and Danny Aiello) back in New York. Michael refuses, however, since a wealthy Jewish mobster from Miami, Hyman Roth (Lee Strasberg), backs the Rosato brothers. After the party, an assassination attempt against Michael fails. Michael puts Tom Hagen (Robert Duvall) in charge, and goes off to meet Roth.

Back in New York in 1917, Vito Corleone (Robert De Niro) scrapes by making an honest living for his family. He loses his job, however, when Don Fanucci (Gastone Moschin), a local mob boss, orders Vito’s employer to give his job to the Don’s nephew. Meanwhile, Vito’s neighbor asks that he stash some guns for him, and as repayment allows him to accompany him on a burglary job.

Meanwhile, Michael meets with Roth and other business owners to bribe the Cuban president in order to grease the wheels on some business dealings in Cuba. Michael gets cold feet about handing over $2 million and cash, and Roth gets testy with Michael. When they are out on the town, Michael realizes that Fredo is the insider in the family that betrayed him and made the assassination attempt possible. Michael tells Fredo he knows, so Fredo must flee as Cuban revolutionaries take over the capital—the president abdicates. Michael orders a hit on Roth, which is unsuccessful, but Michael manages to escape Cuba.

Then we travel back in time to a young Vito Corleone, who now has three children. Don Fanucci tries to extort Vito and his partners. But Vito won’t lie down. Vito lies in wait, and murders Don Fanucci in his threshold. This catapults Vito into local stardom, and he becomes The Godfather.

Michael, however, is facing problems of his own with a Senate investigation into the family. The investigation goes nowhere until Frank agrees to testify against him. However, when Frank comes to testify, his brother is present from Sicily. Frank changes his mind, and lies to the Senate committee. After Michael beats the Senate investigation, Kay (Diane Keaton) tries to leave him. When Michael won’t let her, she reveals that her recent miscarriage was actually an abortion.

Then we follow a young Vito Corleone who returns to Sicily with a warm welcome. He pays Don Ciccio a visit, and cuts his belly open as revenge for killing his family.

The end comes for the Corleones

Meanwhile, once Michael’s mother dies, he orders a hit on Fredo where a gunman shoots him in the back. Elsewhere, Tom visits Frank in FBI custody, and he suggests that Frank kill himself. Frank takes the suggestion as an implied promise that Michael will care for his family. On his return to Miami, one of Michael’s men shoots Roth to take him out.

In a final flashback, Michael celebrates his father’s fiftieth birthday with his family. There he sits with his siblings and Tom too while they lament about the Japanese attack on Pearl Harbor. Sonny (James Caan) opines that it’s foolish and unthinkable that people would sign up to die for something as nebulous as their country—only family is worth dying for. Michael disagrees and tells them that he had just enlisted into the Marines out of a sense of patriotism. This disgusts Sonny, and he angrily leaves. The others follow Sonny to greet their father for his birthday as they leave Michael alone.

The film concludes on one final shot of Michael in the present day, all alone in the darkness in his Tahoe boathouse.