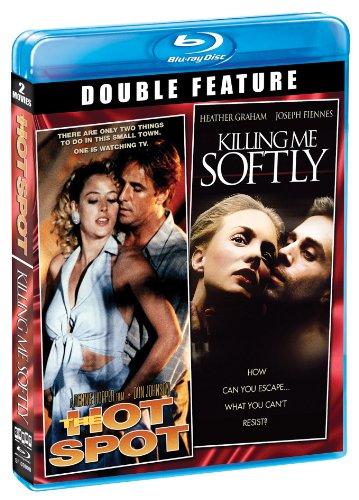 Shout Factory has revealed that they are planning to bring The Hot Spot to Blu-ray. The film is directed by Dennis Hopper and stars Don Johnson, Virginia Madsen, Jennifer Connelly, Charles Martin Smith, and William Sadler. The Hot Spot will be released later in 2013.

In the film, Harry Maddox (Johnson) is a handsome drifter who is not above larceny to make ends meet. After staging a daring daylight robbery at a local bank, he receives an alibi from an unexpected ally: Dolly Harshaw (Madsen), a sexy and mysterious local woman who has her own plans for him. But when Harry falls for another beautiful woman (Connelly), he incurs Dolly’s wrath and finds himself caught in a maze of jealousy, betrayal and murder in which escape is impossible…and danger is the ultimate aphrodisiac.

The Hot Spot was released in October of 1990 and grossed over $1 million at the box office.