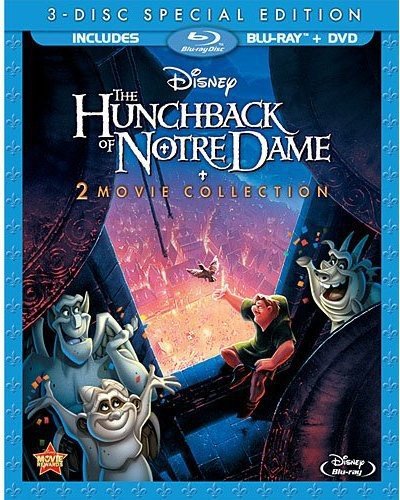 ‘The Hunchback Of Notre Dame’ Synopsis

The Hunchback of Notre Dame tells the story of Quasimodo (Tom Hulce), the misshapen gentle-hearted bell ringer of Notre Dame in 15th Century Paris, who was nearly killed as a baby by Claude Frollo (Tony Jay), the Minister of Justice.  But Frollo was forced by the Archdeacon of Notre Dame (David Ogden Stiers) to raise Quasimodo as his own.  Now a young man, Quasimodo is hidden from the world by Frollo in the belltower of the cathedral.  But during the Festival of Fools, Quasimodo, cheered on by his gargoyle friends Victor (Charles Kimbrough), Hugo (Jason Alexander), and Laverne, decides to take part in the festivities, where he meets the lively gypsy girl Esmeralda (Demi Moore) and the handsome soldier Phoebus (Kevin Kline).  The three of them find themselves ranged against Frollo’s cruelty and his attempts to destroy the home of the gypsies, the Court of Miracles.  And Quasimodo must desperately defend both Esmeralda and the very cathedral of Notre Dame.

The Hunchback of Notre Dame was released in June 1996 and grossed over $100 million at the box office.  The film was followed by a direct to video sequel six years later that added Jennifer Love Hewitt, Haley Joel Osment, and Michael McKean to the voice cast.