Scientist Bruce Banner desperately seeks a cure for the gamma radiation that contaminated his cells and turned him into The Hulk. Cut off from his true love Betty Ross and forced to hide from his nemesis, Gen. Thunderbolt Ross, Banner soon comes face-to-face with a new threat: a supremely powerful enemy known as The Abomination. 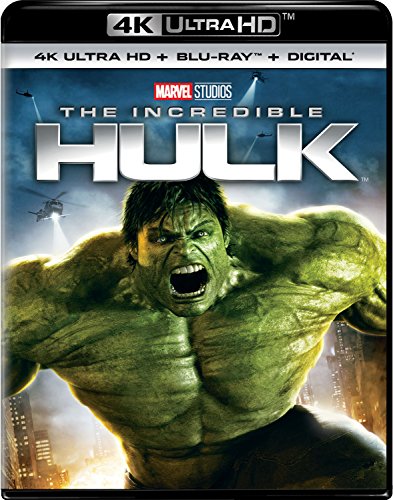 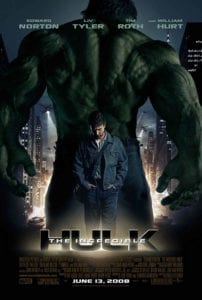 The Incredible Hulk begins at Culver University in Virginia. There, General Thaddeus “Thunderbolt” Ross meets with Dr. Bruce Banner. Banner is Ross’ daughter’s boyfriend and fellow scientist. They are there to discuss an experiment that makes humans immune to gamma radiation.

The experiment was once part of a World War II Super Soldier program that Ross would like to bring back, but it’s not working out quite as hoped. Unfortunately for Banner, his exposure to the gamma radiation now transforms him into an angry hulk of a man whenever his heart rate exceeds 200 beats per minute.

In once such fit, this Hulk destroys the lab and everything around it. He not only kills several people, but also severely injures the General, Betty, and many others. Now, Banner finds himself a fugitive in his own country with General Ross and the rest of the U.S. military looking to turn the Hulk into their weapon of mass destruction.

Five years pass, and Banner now works in an unassuming bottling factory in Rio de Janeiro. He also spends his free time looking to cure his condition; anonymously collaborating with a person named Mr. Blue via the internet. He’s also now able to somewhat control his temper using Yoga techniques, and has not transformed into the Hulk in five months.

One day at the factory, Banner cuts his finger, and a drop of his blood unknowingly falls into one of the bottles. Eventually, that contaminated bottle winds up in Milwaukee, Wisconsin where an elderly man becomes sick from gamma radiation.

Using this one bottle, General Ross is able to track Banner down. He sends Emil Blonsky and some special forces to Brazil to capture Banner. Banner unleashes the Hulk, and the Hulk smashes Blonsky’s team.

Ross gives Blonsky the lowdown on how and why Banner is able to transform. So Blonsky lets Ross inject him with a small dose of a similar serum that increases his speed, strength, and agility. However, this serum has serious side effects. His judgment is ruined, and his skeleton becomes deformed.

With his hiding spot revealed, Banner returns to Culver University, and rekindles the old flame with Betty. General Ross and Blonsky’s forces attack Banner again after being tipped off of his presence. Once again, Bruce unleashes his inner beast, and Ross’ men must retreat.

By this time, Blonsky’s losing touch with his sanity, and he mockingly attacks the Hulk. The Hulk nearly kills Blonsky before running off with Betty. Soon the Hulk calms down, and reverts back to Bruce Banner where he and Betty run from the authorities. With his choices limited, Banner reaches out to Mr. Blue who suggests they meet in New York City.

In New York, Mr. Blue turns out to be Dr. Samuel Sterns, and he has developed a possible antidote for Banner. While the first test of the antidote looks promising, it appears that this serum may only reverse each individual transformation, and not permanently cure Banner.

Stern has been able to synthesize Banner’s blood samples that Banner sent him from Brazil. He intends to use the knowledge to advance medicine. However, Bruce is afraid of its potential as a military weapon, and wants to destroy Stern’s samples outright.

Once Blonsky recovers from his fight with the Hulk, he and Ross’ men go to take Banner into custody once again. This time they succeed. Banner and Betty are flown off in a helicopter, but Blonsky stays behind. He forces Sterns to inject him with Banner’s blood so he can become a Hulk too.

Sterns warns Blonsky that combining Banner’s blood with the super soldier concoction he has already taken could cause him to become an abomination. However, nobody ever listens to a scientist, so Blonsky really insists.

Hey, guess what? Banner’s blood does transform him into a superior version of the Hulk, but it also drives Blonsky insane. When he, now as the Abomination, attacks Sterns, some of Banners blood splashes on a cut on Stern’s forehead, and he begins hulking up too. The Abomination heads off, and trashes Harlem.

Banner turns to General Ross to release him as the Hulk is the only one who can stop the Abomination. Banner jumps from the helicopter, and transforms into the Incredible Hulk. The two beasts fight it out in Harlem, and the Hulk defeats the Abomination.

As the Hulk is about to strangle the Abomination to death, Betty pleas for the Hulk to spare him. He does, and General Ross and his forces arrest Blonsky. The Hulk shares a moment with Betty before fleeing from the Big Apple.

A month later, we find Banner in Bella Coola, British Columbia. He begins to transform into the Hulk in a more controlled manner. He has a wily smirk signaling that he’s accepted his fate…for now.

In a pre-credits scene, Tony Stark approaches a drunk General Ross at a bar where he informs him that a team is being put together.