After spending 5 years in Alcatraz, Johnny Clay has decided that if he’s going to commit crimes, the risk had better be worth the punishment. He then masterminds a brilliant criminal scheme to steal $2,000,000 from a local racetrack in which no one will get hurt. However, there’s a small problem with the plan. One of the members of his gang has a greedy wife with a ruthless side-boyfriend. When she catches wind of the heist, things begin to unravel. 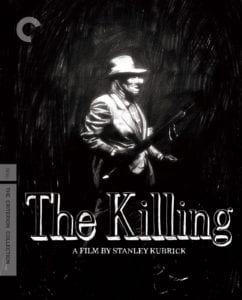 The Killing begins with career criminal Johnny Clay planning one final heist before retiring from a life of crime, and marrying his childhood sweetheart, Fay. He and his crew lay out plans to steal $2 million from the $100,000 Lansdowne Stakes in Los Angeles, California during a big race.

Johnny’s team consists of: Marvin Unger, a track patron who knows the complex like the back of his hand; George Peatty, a betting cashier; track bartender, Mike O’Reilly; and Randy Kennan, a corrupt police officer. Johnny also hires sharpshooter Nikki Arane and wrestler, Maurice Oboukhoff, for some side jobs.

The plan is simple. Nikki will shoot horse favorite, Red Lightning in the home stretch of the race. Then Kola will start a barroom brawl to distract all the security guards. Once distracted, George will let Johnny into the building. Inside, Johnny will grab the gun Mike hid in his locker, and head into the unguarded cash room. Then he’ll snatch grab $2 million in untraceable bills. Once he has the money in a bag, he will toss it out an open window, down to Officer Kennan and his waiting cop car for the perfect crime.

However, George let’s it slip to his wife, Sherry, a few days before the heist that she will soon have all the wealth he has promised her over the years. Upon hearing about George’s plot, Sherry lays out a plan of her own with her lover, Val Cannon. They will steal the money from George and his little gang once they steal it from the racetrack.

Although the theft is successful, the police arrest Kola for the brawl, and a security guard kills Nikki as he tries to escape from shooting Red Lightning. The remaining four men arrive at the predetermined apartment to wait for Johnny to show up, and split the money.

However, Johnny runs late because of traffic. Before he gets there, Val Cannon shows up with guns blazing; demanding the money. Guns shots are fired, and George is the only one left alive; barely. Johnny finally arrives to see a wounded George stumble into the street. Realizing something has gone horribly wrong, Johnny drives off. George returns home, and kills Sherry for betraying him. He then falls to the ground; presumably dead.

Johnny buys a suitcase big enough to fit the money, but it’s a cheap piece of crap that doesn’t lock. He and Fay head to the airport to freedom, but unfortunately, the suitcase is too big, and they must check it with all the other luggage on the plane.

Not wanting to bring attention to himself, he let’s the airline check his bag. As he and Fay wait to board, they helplessly watch the suitcase fall of the luggage cart, and break open on the runway. The current from a nearby plane’s propellers blows all the money away. C’est la vie!

Johnny and Fay scurry out of the airport, but are unable to flag down a cab before security spots them. Fay wants Johnny to run, but he accepts his fate, and stays.

The film ends with two airport cops approaching the couple to arrest them. 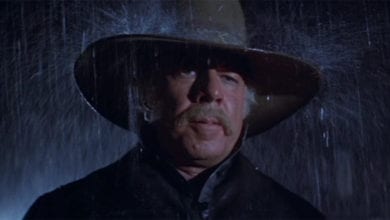 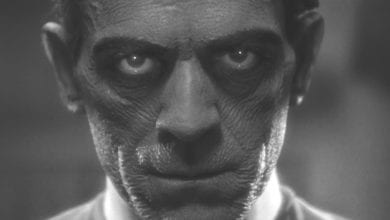 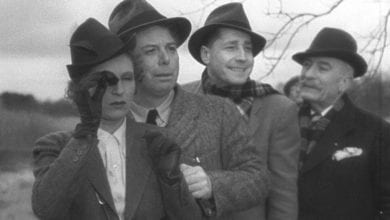 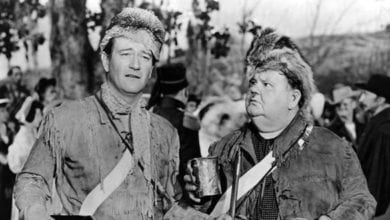