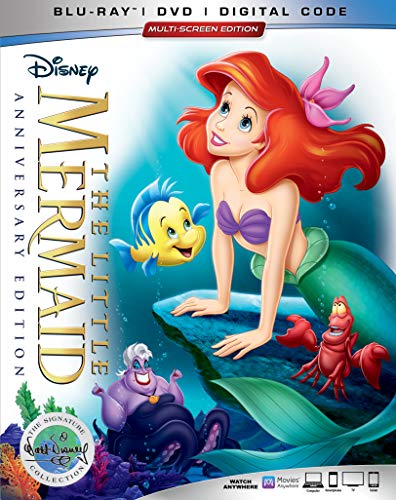 One of the most celebrated animated films of all time and winner of two Academy Awards, The Little Mermaid tells the story of Ariel (Benson), a fun-loving and mischievous mermaid, is off on the adventure of a lifetime with her best friend, the adorable Flounder (Marin), and the reggae-singing Caribbean crab Sebastian (Wright) at her side. But it will take all of her courage and determination to make her dreams come true and save her father’s beloved kingdom from the sneaky sea witch Ursula (Carroll).

The Little Mermaid was released in November of 1989 and has grossed over $111 million at the box office to date.  Disney has yet to reveal finalized cover art, technical specifications or special features.